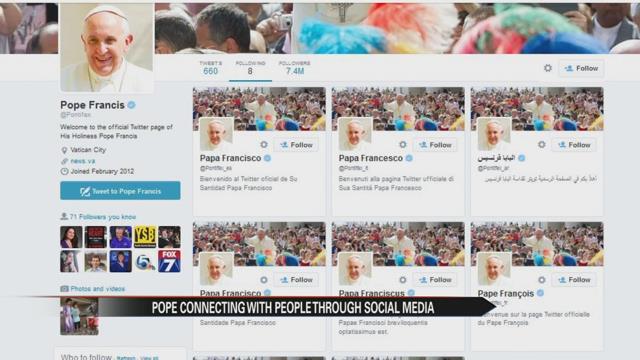 Sunday is Pope Francis last day on his historic trip to the United States. His day began at 9:15 in the morning and he will have his last mass in Philadelphia at 4 p.m.

During his time in the states, many people have taken to social media to follow the Pope's journey as well as connect with him.

A study by KRC Research said that 89% of American Catholics say Pope Francis has better connected the Catholic Church with technology and social media.

That same study also concluded that 83% planned on following the Pope's visit even if they could not attend in person.

Francis is the first pope to deliver an Encyclical through Twitter. He also has nine different accounts which equal out to close to 23 million followers.

The Argentina born pope has the most followers on his Spanish account with close to 10 million followers.