Pope to preside over first Mass on Thursday 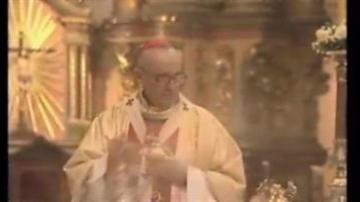 VATICAN CITY — After five ballots, the Conclave of Cardinals at the Vatican elected a new pope.

He will preside over Mass with the cardinals at the Sistine Chapel for the first time as pope on Thursday.

Cardinal Jorge Bergolio of Argentina is now Pope Francis I. He is the first pope outside of Europe in modern history.

Pope Francis is known as a humble and honest man with a passion for ministering to the poor.

The next couple of days promises to be a momentous series of firsts for the pope before his inauguration Tuesday at St. Peter's Square.