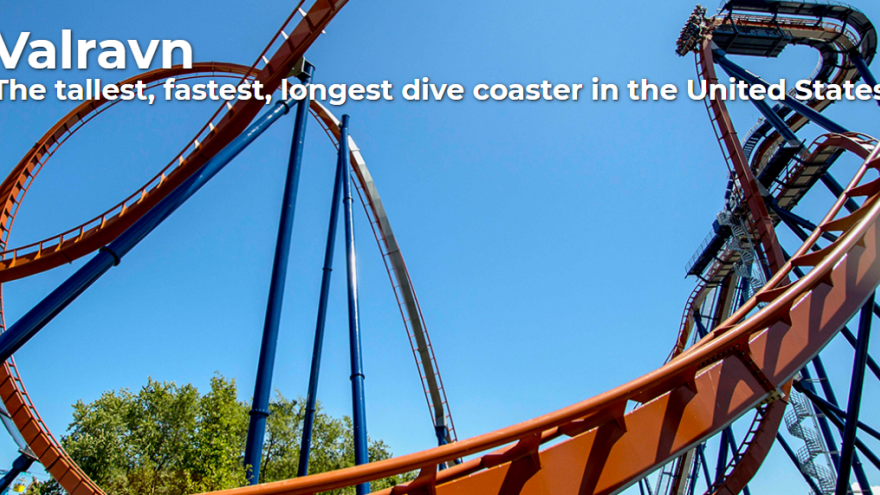 A major roller coaster at Cedar Point was closed on Wednesday after two trains on the ride bumped into each other unexpectedly.

According to MLive, a sign in front of the Valravn says it would remain closed Thursday.

"Yesterday [Wednesday] afternoon, a train on the Valravn roller coaster bumped a parked train in the loading station," a statement from the park reads.

"Guests in both trains were evaluated by the park's first aid team and escorted safely off the ride. Valravn is currently closed while the incident is under review. There is no further information at this time."

It wasn't just Cedar Point responding to the incident, though. Some who were on the ride or in line for the ride took to social media to explain what they saw.

Scary moment at @cedarpoint. While waiting for Valravn the ride broke down. My sister & I decided to wait, and about 20 minutes later the ride resumed. However, after just one train the breaks failed and one train slammed into another in the station. pic.twitter.com/Ruf6iBI6DO

So I tried to go on the valravn when I felt a huge vibration and crash people were screaming, and people running out of line. Then I figured out the two trains collided. I'm going to the park tomorrow hope everyone okay. #CedarPoint@cedarpoint#Valravnpic.twitter.com/GzOzURscI0

Someone who was in the train that collided with the stopped train had this to say on social media:

"I'm sure I have a concussion and my should is sore/bruised from impact. My cousins wrist is bruised from hitting the chest bars. Could it have been more serious? Definitely, but that kind of experience is not what you expect to have."

Valravn is the tallest, fastest and longest dive coaster in the United States. It stands 223 feet in the air, drops riders at a 90-degree angle twice and has three inversions. Its top speed is 75 mph.

There is no word from Cedar Point on when the coaster is expected to reopen.

Contributions to this story also made by: Tyler Sebree
Share this article: