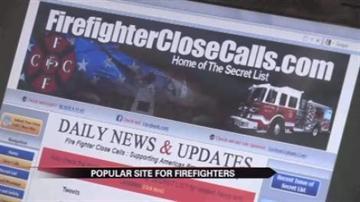 SOUTH BEND, Ind.--The website is called Fire Fighter Close Calls and it's the second most popular firefighter site on the web. One local man from Michiana is very actively involved.

Brian Kazmierzak knows firefighter safety. As a fireman himself, he's now dedicating time to a website that receives one million unique hits per month.

"The whole mission is dedicated to firefighter safety through education, through learning through the mistakes of others, and from those who have gone before us," said Kazmierzak.

The site is a go to source for details on recent firefighter injuries.

"What's really amazing in today's world of multimedia is a lot of times we're getting pictures from the scene, or text messages right from the scene as people are going in the ambulance or something bad has happened," said Kazmierzak.

Lt. Bell will likely never fight a fire again, and the city of Benton Harbor recently paid thousands of dollars in fines following an OSHA investigation. Kazmierzak says now is the time the site can offer safety and help.

"We're trying to reach out to the Benton Harbor public safety department. Provide them with some free resources and training -different things that we can do to help them."

ABC57 news reached out to the Benton Harbor public safety department for comment, but haven’t received a response yet.