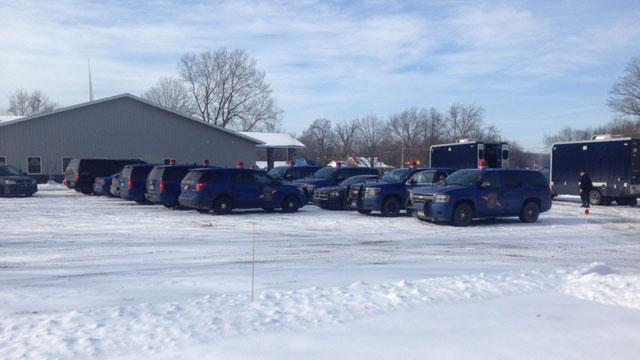 The possible hostage situation in Mottville, Michigan has been resolved with no injuries. Michigan State Police say the situation was the result of misunderstanding.

Michigan State Police were told by friends of a female resident that she was unable to leave.

MSP responded to the scene with the Emergency Services Team and staged at the Mottville Community Church.

Throughout the day, police attempted to communicate with the woman's husband.

At some point in the afternoon, police say the situation was resolved when they were able to speak with the woman.

Police say the woman is from another country and when she told friends she couldn't leave her home, she meant to say something else.

They determined the woman is safe and is not being harmed in any way.

MSP says they have a large response in cases like this when they believe there is a threat.

Residents of Mottville say it has been the talk of the town all day.