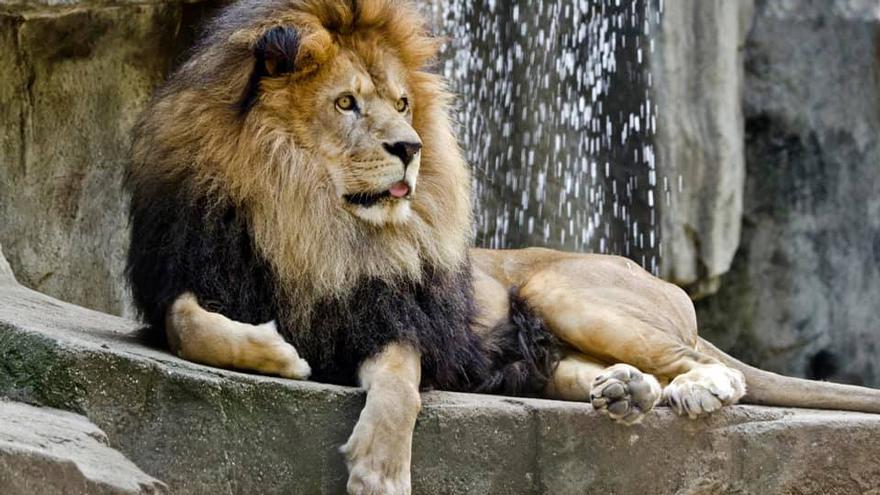 ST. JOSEPH COUNTY, Ind. -- The Potawatomi Zoo announced the death of one of its African lions. Tango, 17, died Monday.

Tango is survived by his brother, Onyo, who also lives at Potawatomi Zoo.

“It is hard to think of the Potawatomi Zoo without first thinking of our iconic lion brothers, Tango and Onyo,” says Josh Sisk, executive director of the Potawatomi Zoo. “Tango’s passing is a tremendous loss, not only for our staff, but also for our community. Visitors often share their stories of the first time they saw the brothers’ magnificent manes or heard them vocalizing. Tango’s voice and individuality will forever be missed.”

The zoo says the median life expectancy of a male lion in a zoo is 16.9 years. In the wild, they live approximately 10-12 years.

Tango had been under care for age-related issues for several months, according to the zoo.

“Tango was such an amazing lion, who overcame a number of health challenges in the past few years,” says Dr. Audrey Siegrist, DVM, veterinarian at the Potawatomi Zoo. “He voluntarily allowed us to take blood samples from his tail and give him vaccines while his keepers fed him treats.” She adds, “Tango passed away peacefully surrounded by zoo staff who loved him, holding his paws and petting his magnificent mane. Our hearts are so heavy and will be for a very long time.”

Tango and Onyo, from the same litter, moved to the Zoo in April 2002 at approximately 5 months of age.

“I started working with Tango and Onyo 17 years ago as an intern, and from the very first day I walked in and met them, I was in love. They’ve brought joy to my life every day that I’ve spent with them,” says Gretchen Pitser, primary carnivore keeper at the Potawatomi Zoo. “Tango loved enrichment and was always excited to shred every box, bag, or papier mâché we gave him. He turned into a little cub every time we gave him fresh hay to roll around in, and had the best day ever when we gave him a giant cardboard construction tube to climb in.”

Onyo is also showing signs of his age, the zoo said, but they will be focused on keeping him as healthy as possible.