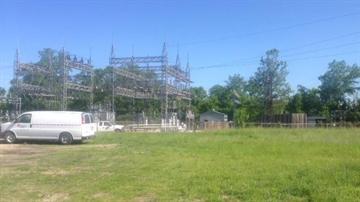 NILES, Mich. -- Power was restored to the city of Niles around 11 a.m., just three hours after a fire was reported at the Lake Street substation.

Niles resident James Gathright worried that someone would get stuck in the elevator at his apartment complex.

"Nobody was trapped in the elevator thank goodness," said Gathright. "There's a lot of elderly people and they are on the seventh floor and they had to go down the stairs and everything."

Downtown business owners were left in limbo and several decided to just close for the day instead of wait for the lights to come back on.

Daysha Amster, the owner of Olfactory Hue Bistro, says closing was never an option for her.

She had a generator just in case the power restoration took longer than expected.

"Other people still hadn't got their power restored yet so we wanted to make sure we were here in case anybody needed food," said Amster.

Amster says it was a chaotic morning because not only was she worried about her two restaurants but also her two children.

The daycare they attend closed for the day so she had a friend take care of her little ones.

Niles Schools says they were able to hold classes and hand out lunches so they didn't send anyone home.