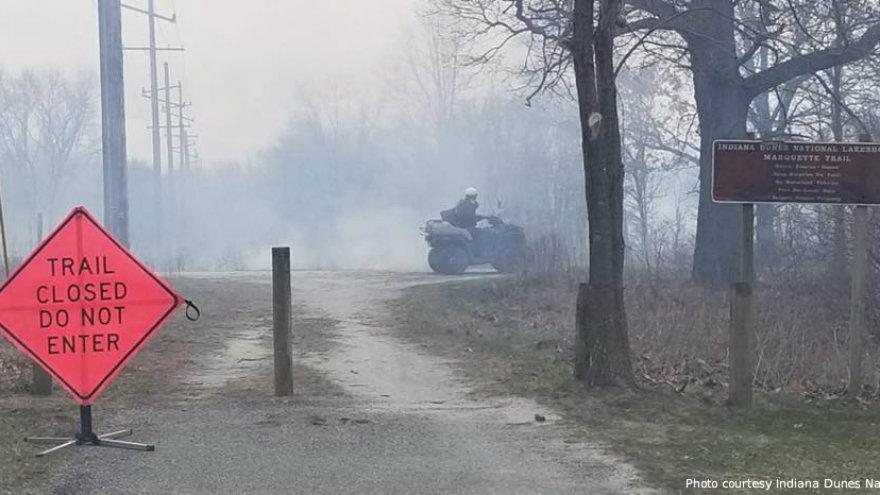 PORTER, Ind. -- Prescribed burns will be occurring at Indiana Dunes National Park on April 2 as a tool for long-term restoration efforts at the park and hazardous fuel reduction.

Controlled burns create a buffer which reduces the risk of a wildfire burning out of control among other benefits.

National Park Service firefighters have burned approximately 266 acres of park land in Gary, Indiana. The burn was scheduled last week but due to wind conditions it was postponed.

According to a Facebook post, Indiana Dunes NPS fire crews have completed the Grand Boulevard prescribed burn. Fire officials will remain on scene for a period.

The fire was ignited around 10 a.m. on land that stretched from the County Line Road on the north side of U.S. 12 just west of Grand Boulevard.

Smoke plumes were said to be seen on the northern edge of Portage, Michigan, Ogden Dunes and Miller.

The Marquette Trail will be closed until April 3.

Remaining crews will be heading to the far east end of the state park and burn approximately 218 acres for the Kanas Avenue prescribed fire between Mount Baldy and Beverly Shores.