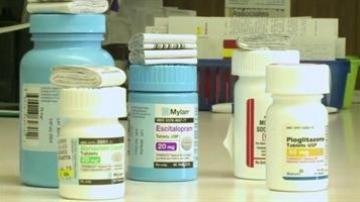 SOUTH BEND, Ind. -- We checked pharmacies in the Michiana area to see which one had the best prices. In one instance we found the same generic drug almost $100 more at one store than another.

"Probably the biggest reason for the vast difference in price is the pharmacy you are going to," said Mary Amacher, Manager/Pharmacist at Mishawaka Medical Arts Pharmacy.

We called some of the biggest pharmacies in the area for a price check on generic versions of commonly used medications.

We found that Sam's Club had the least expensive prices in the area.

The drug Singulair which is used for asthma, was almost $100 cheaper there than at Target.

This information shocked shoppers like Jennifer Thompson who purchases Lexapro at Walmart for $115.

"I didn't really realize there was such a variance in the prices. I would think that Walmart and Sam's Club would be the same," said Thompson.

Store officials say the prices vary store to store because of overhead and corporate costs. Stores with a large payroll and more bills to pay will affect the price of your prescription.

Pharmacists advise shoppers to call ahead.

"Call around, call for prices, we get about 100 calls a day just to price something," said Amacher.