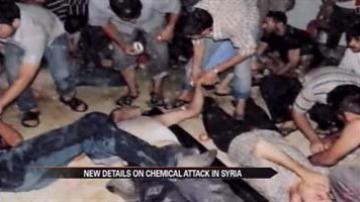 WASHINGTON, D.C. — The Obama Administration is gearing up for the biggest foreign policy vote since  the Iraq War.

The president wants to punish Syria for the attack.

But he also wants Congressional support.

It's now up to Congress to back President Barack Obama's plan to use force against Syria over its of chemical weapons against its own people.

The White House won't say what the president will do if lawmakers vote against military action in Syria.