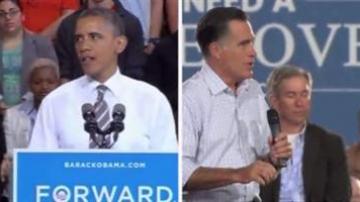 DENVER -- We're only five weeks away from Election Day and one day from the very first presidential debate.

President Obama has political momentum and an edge in polls of the battleground states that will determine the election, but political analysts say he's sure to face a blistering challenge from Mitt Romney.

Romney said the Wednesday night match-up against President Obama is not just about a scoring a win.

“These debates are an opportunity for each of us to describe the pathway forward for America that we would choose and the American people are going to have to make their choice as to what kind of America they want,” said Romney.

Neither candidate appears to have an edge on the economy, which remains the top issue for American voters.