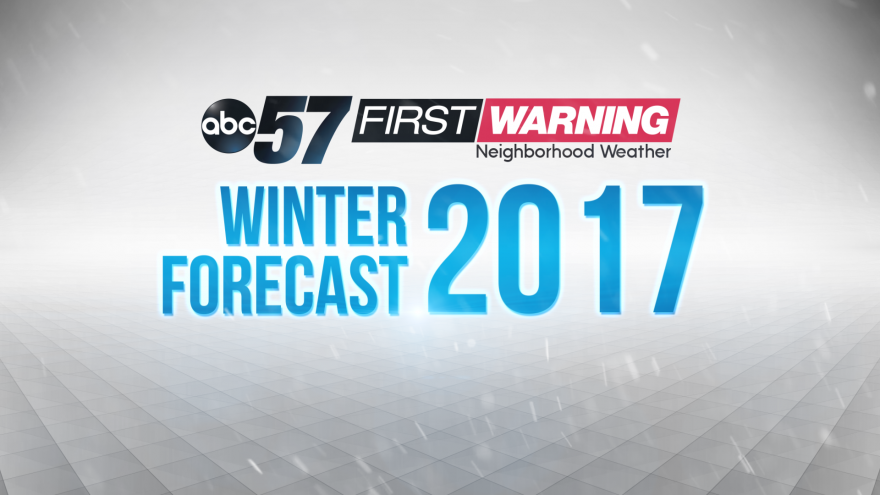 After the ninth warmest winter on record last year, this coming winter is expected to be colder and snowier. Last year's main feature was near record warm El Nino. This year looks to be much different with La Nina developing in the Pacific. Our full winter forecast will premier Monday night on ABC-57 at 11 p.m.

Winter 2016 had some interesting highlights. One being that even with a top ten warmest winter, we still manged to have near normal snowfall ( Dec - Jan - Feb). This was in part due to some wild swings in the polar vortex and surges of arctic air turning-on the lake effect snow machine. Most of that snowfall coming in the month of February, after hardly any snowfall in December. 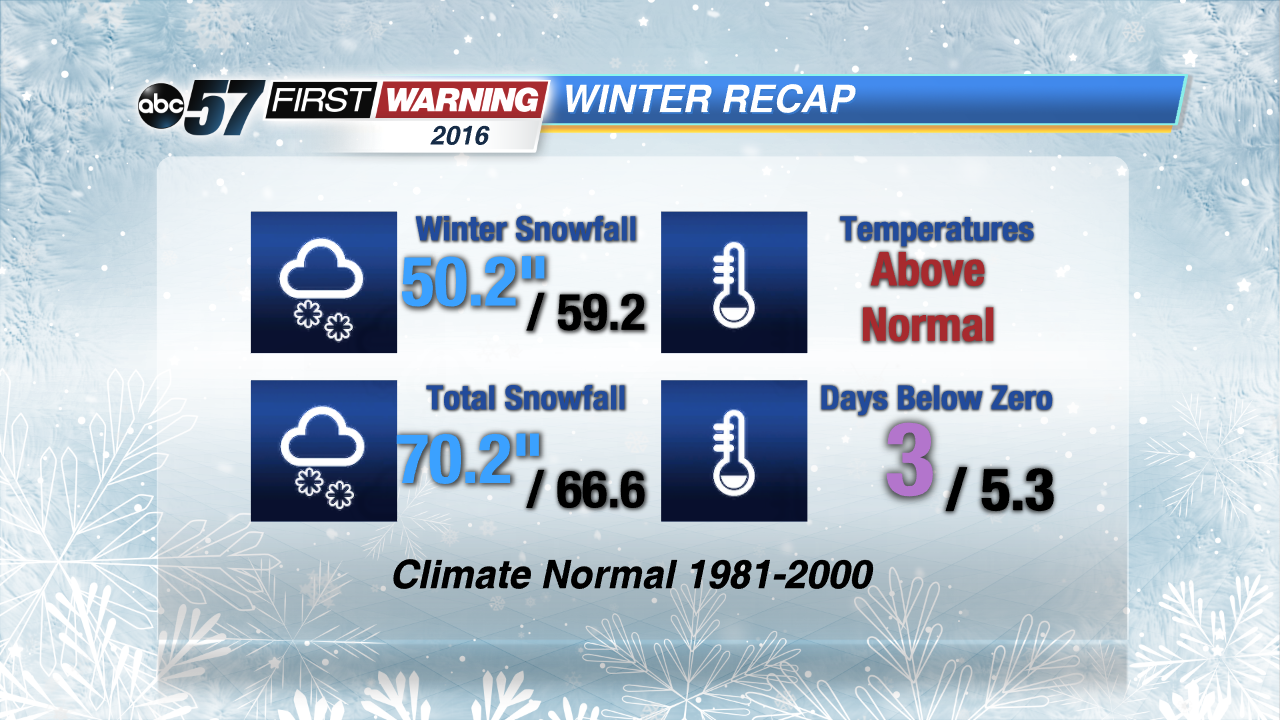 The total snowfall, ( Oct - May) still managed to make it well above normal. This in part to over nine inches in November, thanks to a heavy bout of lake effect snow.

The classic El Nino pattern typically brings warmer and drier than normal conditions to the northern half of the country. This was pretty much the status quo nationally. Only the Great Lakes saw closer to normal snowfall that's to lake effect snow, system snowfall was far less frequent. 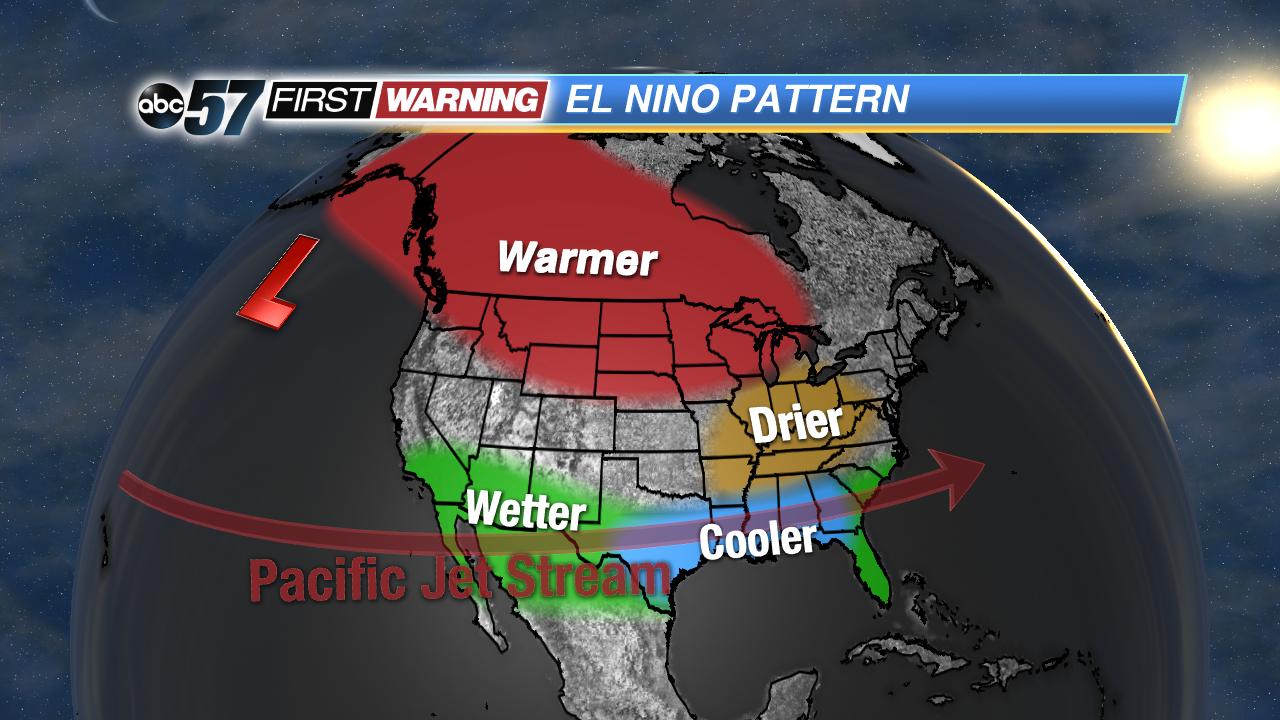 La Nina conditions are expected to develop in the Pacific this winter. The classic La Nina pattern fittingly is almost the exact opposite of the El Nino  over North America. Cooler than normal across the north and wetter in the Midwest. 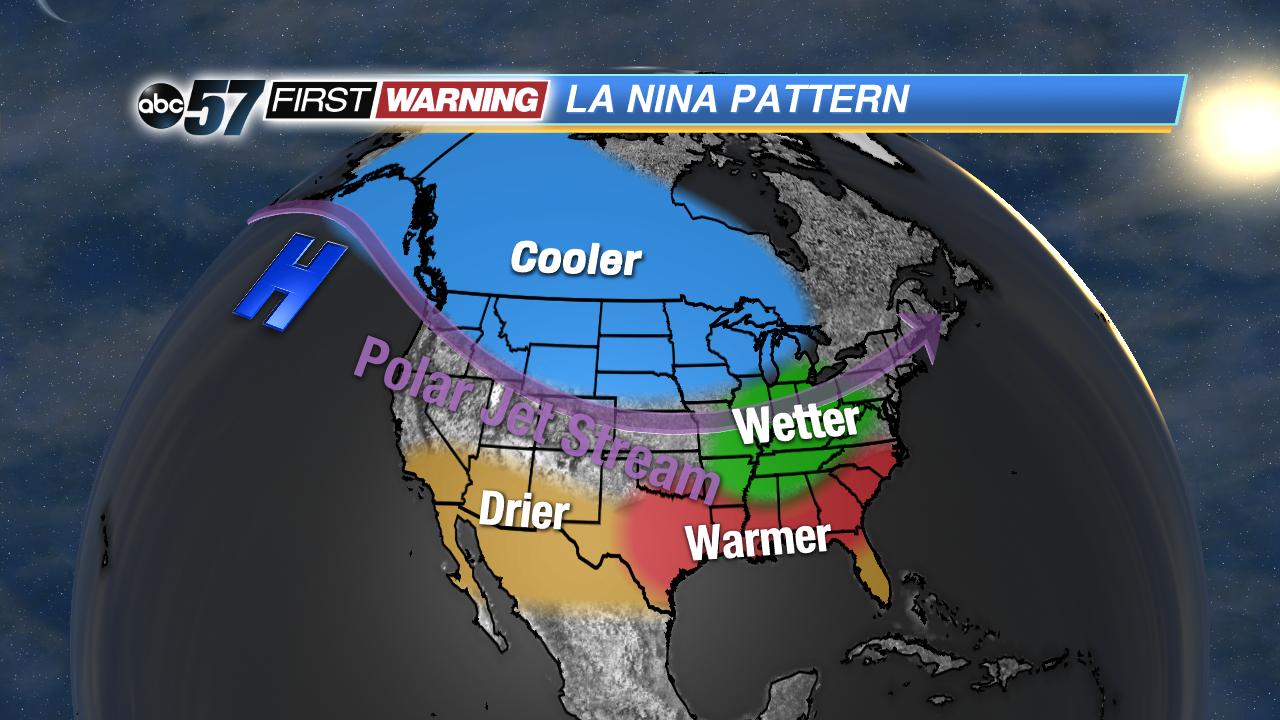 A big question for Michiana and the Midwest will be temperature. Will we see the surges of arctic air, and how soon will we see subfreezing conditions? The long cold snaps would likely lead to a much snowier winter.

After a cool spring, Michiana temperatures have managed to stay at or above normal, especially this fall. If our trend for mild weather continues through November or longer into December then we will stave off the start to winter. However we will also be left prone to heavy lake effect snow whenever the cold air does surge across a warm Lake Michigan. 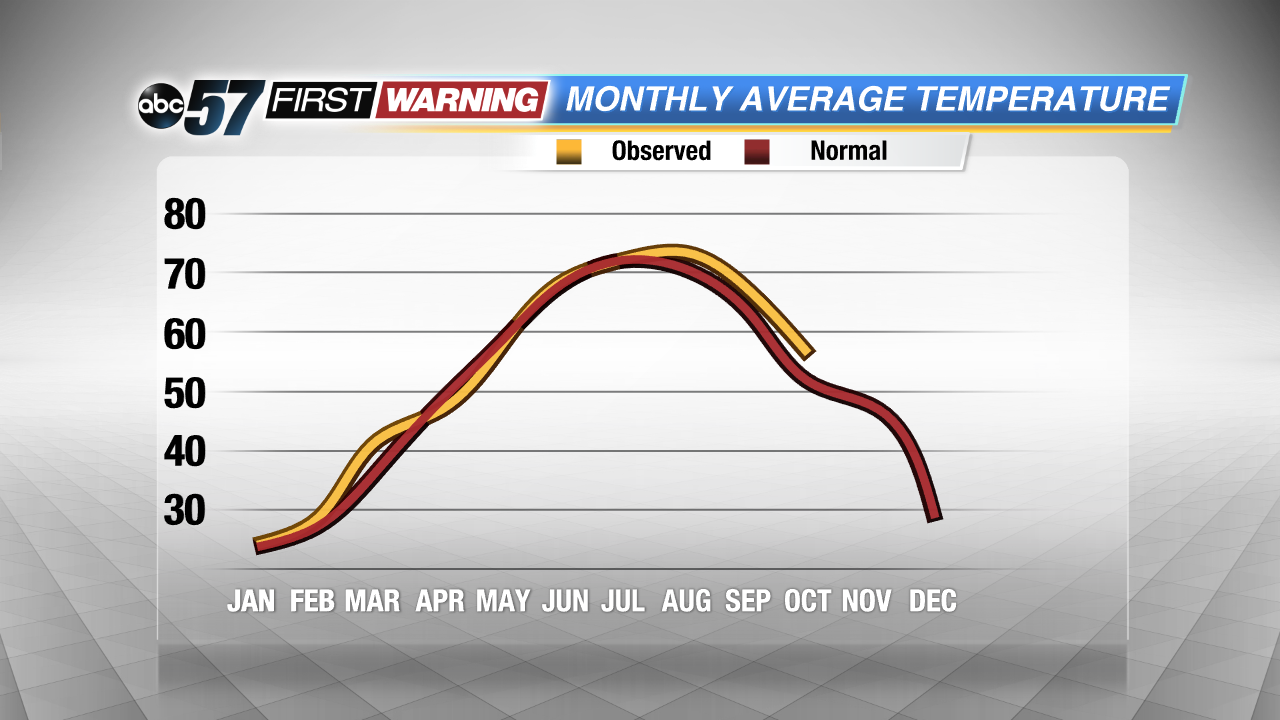 These are just some of the factors we'll be exploring in our First Warning Winter Forecast 2017. Watch Monday night at 11 on ABC-57 News and find here here on abc57.com.