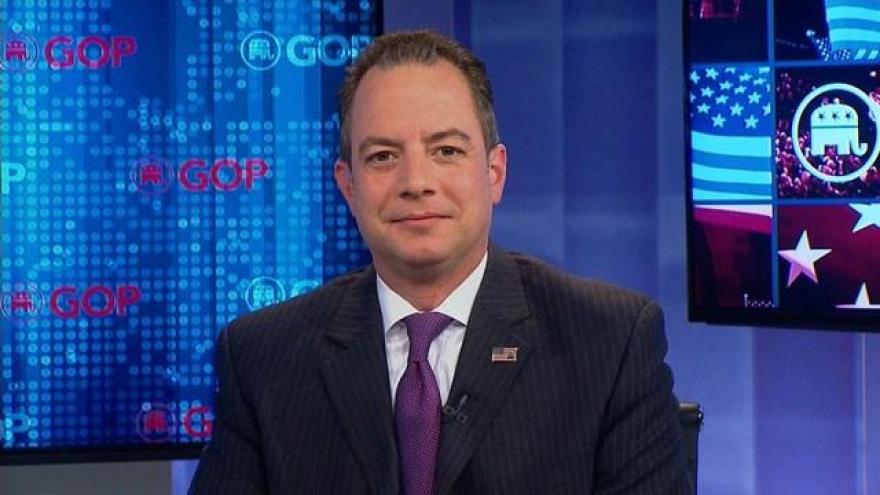 WASHINGTON (CNN) -- White House chief of staff Reince Priebus issued a firm denunciation of reports that revealed contacts between high-level Trump campaign aides and Russian officials, saying top intelligence officials "have greenlighted me to say" that the reports are "grossly overstated and inaccurate."

Priebus, speaking on "Fox and Friends" Friday morning, said that "I don't represent the campaign," but insisted that "what I just told you is what the highest levels of the intelligence community have told me." The chief of staff then pivoted to recounting the accomplishments of the new administration, including calls with foreign leaders and a measure Trump signed to roll back coal industry regulations.

CNN reported Tuesday that high-level advisers close to Trump were in constant communication during the 2016 campaign with Russians known to US intelligence.

Officials emphasized that communications between campaign staff and representatives of foreign governments are not unusual. However, these communications stood out to investigators due to the frequency and the level of the Trump advisers involved. Investigators have not reached a judgment on the intent of those conversations.

Priebus expressed frustration about the reports.

"These meetings, these days, these bill signings, these executive orders, they don't happen by accident. They happen because a lot of people are working very hard," Priebus said on Fox. "But when you have to spend half your day putting out phony stories, obviously it becomes a distraction."

Priebus also said that Trump would "quarterback" Republicans' plans for Obamacare "through the House and the Senate." He said that the administration plans to finalize a proposal during the first week of March, working with congressional leaders, and that "tax reform comes next."