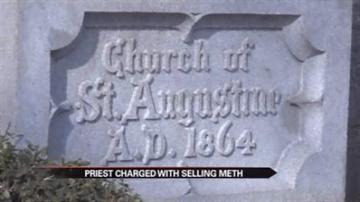 CONNECTICUT — A Connecticut grand jury has indicted a prominent priest for his alleged role in a drug ring.

Federal investigators said Monsignor Kevin Wallin worked with four others to import crystal meth from California and sold it in Connecticut.

Wallin resigned from his position at Saint Augustine's Cathedral in 2011 citing health issues and personal problems.

The Diocese of Bridgeport offered to help but said they never suspected drugs.

Wallin was arrested two weeks ago after federal officials said he sold drugs to an undercover police officer.

Wallin is charged with six  counts in the indictment, including charges related to the possession and distribution of methamphetamine.