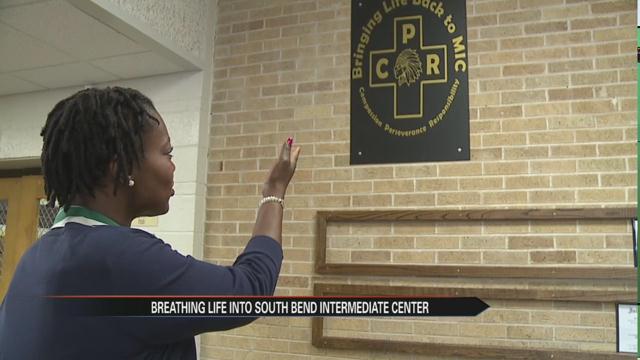 The South Bend Community School Corporation is looking to improve under-performing schools in the district.

And one principal's plan could be used as a blueprint for success.

It's only been about a year since Tiana Batiste-Waddell became principal of the Marshall Intermediate Center.

But in that short time, many people are starting to see the difference a year can make.

Many C.P.R. signs hang around the school.

They are all reminder of compassion, perseverance and responsibility--pillars of what the new John Marshall school stands for.

Much like the school's slogan, Principal Waddell looks to breathe life back into Marshall Intermediate Center.

“We can do this, we will see change in our school,” said Principal Waddell.

No stranger to change, Wadell was a part of the turn around team that transformed Dickinson Intermediate Fine Arts Academy from a grade “F” to an “A” in a year.

“Some of the initiatives that we completed at Dickinson are some of the same ideas that are going on here,” said Principal Waddell.

Those programs are aimed at reinforcing positive community collaborations.

From thank you notes to teachers, to having students share lunch dates with unfamiliar faces as a part of the school's Mix It Up program.

Noticeable changes the students are seeing.

“I can say it's less fights, less bullying and teachers are stricter, they get on us more about stuff,” said Sierra Bolden, eighth grade student at Marshall.

“Before anybody can learn or perform, they have to feel comfortable and welcomed.” said Principal Waddell.

And for Waddell, that's the key to challenging these students to overcome adversity.

“We have to understand poverty, understand what some of our children's backgrounds are and how can we not make excuses for them but how can we understand who they are and then continue to move forward and give them the tools they need in order to survive and go to that next level of post-secondary education,” she said.