Probable cause affidavit spells out graphic charges against former officer 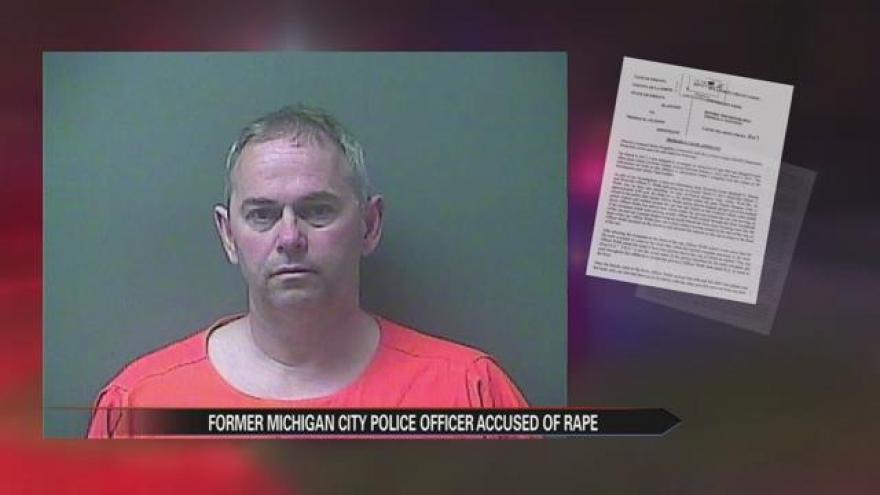 A trusted member of the community accused of the unthinkable.

A former Michigan City Police Officer was arrested and charged Tuesday with four counts of rape.

51-year-old Thomas Jackson, who had a good record as a former officer, resigned from the force over a month ago and was taken into custody at a Family Express convenience store just miles from his home in the town of Trail Creek Tuesday morning.

The four-page probable cause affidavit spells out in graphic detail the charges against him.

It states that between 2013 and 2017, Jackson be-friended the family of a 23-year old woman who was mentally disabled.

Jackson would pick up the woman or “K.S.” as she is referred to in the affidavit, with his personal car and be gone for extended periods of time.

He allegedly told her family he was taking her out for ice cream or a walk in the park.

“K.S.” and her family trusted Jackson and held him in high regard because he was a police officer.

“K.S.” told investigators that Jackson raped her three separate times and on multiple occasions would ask her to perform oral sex on him.

The final incident happened inside a parked van at a park in Westville on Sunday, March 5.

Jackson and the woman were spotted inside a van with the shades pulled.

A day later, her parents went to authorities after “K.S.” started to fear for her safety.

The 23-year-old was examined multiple times by doctors and it was ruled she did not have the capacity to consent to a sexual relationship.

Jackson is currently being held at the La Porte County Jail on $25,000 bond.

ABC 57 is working to find out his first court date.

Once we have that information, we’ll of course pass it along to you.