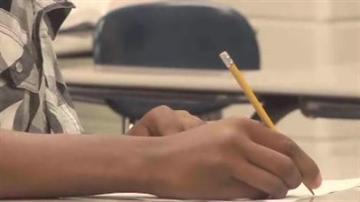 SOUTH BEND, Ind. -- Should teachers be on the front line to stop gang activity in school?

A new state bill asks teachers to do just that, but many community members and parents in South Bend oppose the idea, saying it could lead to unfair profiling.

Gang members are usually recruited at a young age and often inside what is supposed to be a safe place -- our schools.

That is why state lawmakers are proposing a new bill to help curb the problem. If passed, all schools in Indiana would be required to train teachers and employees to identify and report gang activity in schools.

But local activists like Jason Moreno are not sold on the idea.

Moreno says this bill does not address the real problem, it only reacts to it. He says, even if it doesn't mean to, this bill will lead to racial profiling based on the statistics.

"10.5 percent of gang members are white according to the National Gang Center," said Moreno. "50 percent are Latino and 31.8 percent are black."

Yet, supporters of the bill say prevention is exactly what this bill is geared to do.

Still, some local community members fear this proposed law could lead to profiling and could steer the focus away from teaching.

Parents like Alfred Fultz say there is a better solution. Fultz says in his troubled youth he landed behind bars. He says it was a local ministry that saved him and believes schools should allow ex-gang members and felons like him to preach to the kids in our schools.

"Put them in the schools to talk to kids about gangs and about life," said Fultz. "Show them from not only a teacher stand point but from a ex-gang member stand point of just how important school is."

Many community members say this responsibility shouldn't be put on teachers and staff, but on the parents. They say more parent involvement is the first step to curbing the youth violence and gang activity in our community.