Program would provide $75M to state to fight blight 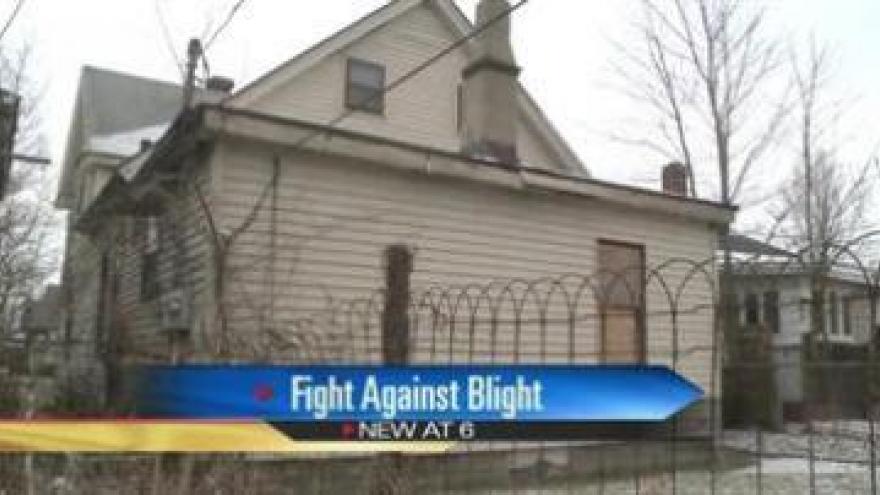 SOUTH BEND, Ind. -- Last week the Indiana lieutenant governor announced the state is working with the U.S. Treasury Department to create a new program to fight blight. But cities could end up fighting each other for the funds.

If the program is approved, it would mean an additional $75 million to demolish abandoned homes in the state.

The way it is being written means some cities could get more money than others - and some could get no money at all.

According to the state officials, counties with similar-size populations would be competing against one another.  So if everything goes according to plan, St. Joseph, Allen and Hamilton counties would go head-to-head for $10 million dollars.

But there's no guarantee cities like South Bend would get anything and that has some neighbors feeling anxious.

In some parts of South Bend, broken glass, caution tape - they're just part of the landscape.

On some blocks, like North Brookfield Street, there aren't many people who care.

Michael Walker is an exception.

"Nobody really has any neighbors. I only got one neighbor - which is him," said Walker, a resident of Brookfield Street.

He moved to the area recently for a new beginning and says his block could use some more attention.

"They need to do something about these abandoned cribs, because there's too many," said Walker.

Heath Underwood works in an abandoned neighborhood. We told him about the program and that communities could be competing for funds.

"They're not out here every day. They're sitting in their office," said Underwood.

He's been working on South Bend's northwest side for decades and says he's a little uneasy about this bidding process.

If it gets clearance, he thinks South Bend is more deserving than cities like Carmel or Fort Wayne.

"Ten to twenty percent of this town ain't [sic] nothing but abandoned houses," said Underwood.

We reached out to several cities to see what they thought and if they had a game plan. Officials we talked with weren't aware of the proposal, but say they're looking into it.

The Indiana Housing and Community Development Authority says they'll know whether that program is a go in a few weeks, but say they're very optimistic.

If approved, the money could be awarded as early as next year.