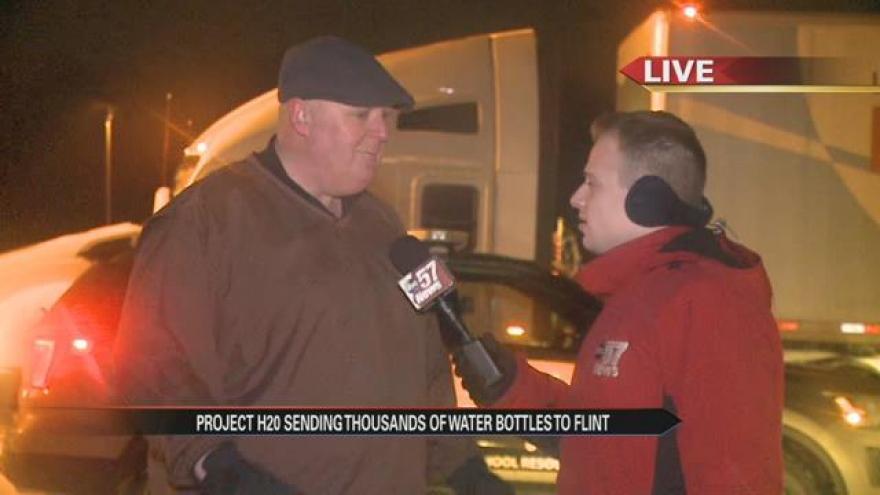 It marked the end of a 2 week campaign that no one, not even the project’s creators, saw coming.

The La Porte County Sheriff’s Office launched Project H20 two weeks ago believing they would collect up to 400 hundred cases of water but as it turns out they were very wrong.

It all started in January with a rivalry basketball game between two high schools.

Lacrosse offered free entry to the game against South Central with a donation of a case of water.

Eventually, 2300 cases of water were collected which equals 60,000 bottles of water.