Proposal to lay off 22 BHAS employees fails to pass 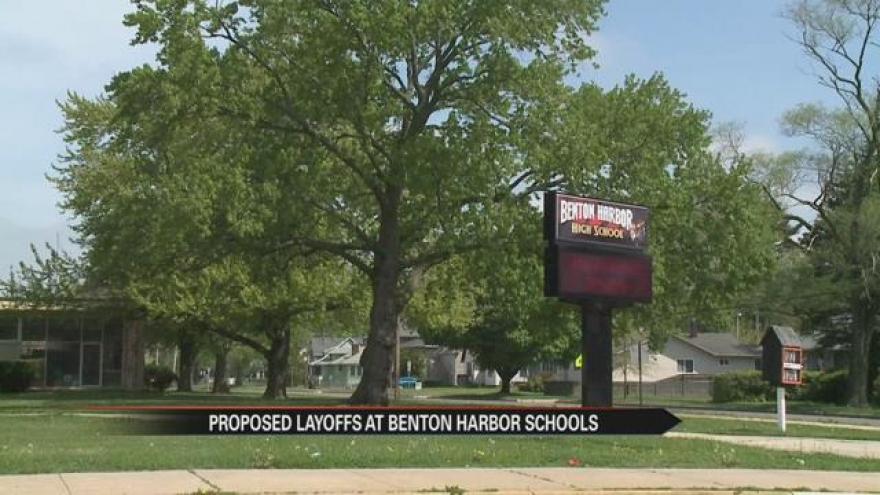 The Benton Harbor Community is reacting following the school district’s proposal to lay off 22 of its employees.

The proposal was tabled Tuesday night at the school board meeting.

But this issue could get brought up again next month at the next meeting.

“We are closing schools, in Benton Harbor Area Schools. And the teachers are steady taking pay cut after pay cut. And we have some real good teachers in the area now who are really trying to help and work with the kids, who really care about the kids,” said Larunda Simmons.

Simmons is a parent to two students enrolled in Benton Harbor Area Schools.

She attended Tuesday’s school board meeting to discuss yet another proposal to help the struggling district save money.

Taylor said one week ago, the district’s human resources department handed over a lofty proposal to board members.

“At the end of the meeting HR gave a paper that had 22 employees on it,” said Taylor.

22 names of Benton Harbor School Employees the district wants cut from the payroll.

“For what Mayor Muhammad does for the students at the school, it was a travesty to have him on the list,” Taylor added.

Benton Harbor schools estimated a savings of $1 million from these cuts.

But Taylor said the 22 employees are all paid through federal funding and not trough the district’s general fund.

Therefore, he felt it was unwarranted.

“The enrollment in Benton Harbor Area Schools has trended down for several years,” said Dr. Shelly Walker, Superintendent of Benton Harbor Area Schools.  “This reduces the per pupil funding our district receives from the state.  With lower state aid, BHAS must make budget cuts to improve our fiscal health.  While the proposed layoffs are painful for all of us, it is a necessary step to help the district right-size our budget and focus our limited resources on the education of our students.”

Again, this proposal did not pass.

The district said it is reviewing other options that could include selling off properties.

Laying off faculty in the future is not off the table.