Proposed dog park in Elkhart goes in front of special board 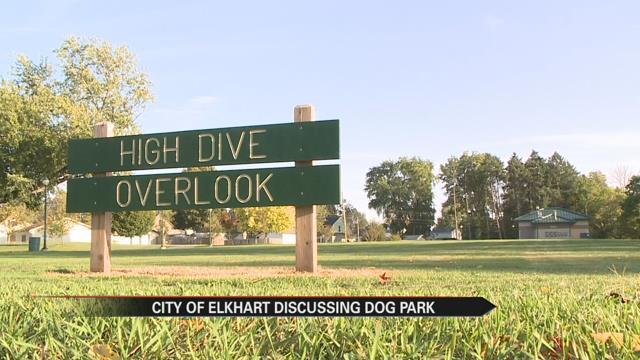 The City of Elkhart is in the beginning stages of approving a dog park in the heart of the city.

It was originally discussed in early June, but Monday night, the issue went in front of a special meeting at Elkhart City Hall.

The proposed dog park has a projected budget of $110,000, money the city says is needed to construct a safe and secure park.

John Faigh, who is with the city, is co-chair of the project to bring a dog park to the City of Elkhart.

“We’re hoping to have this in place by early spring,” said Faigh.

Faigh has trained dogs for over 35 years and is teaming up with Parks and Recreation Superintendent Clyde Riley.

The off-leash park would be divided into small dog and large dog areas, and will also require membership only access.

“What we’ve proposed is to have access through a key fob, and that will allow us to keep track of when and where people are at the park,” said Faigh.

The park would share a property line with a house.

The owners respectfully declined to go on camera with us, but hoped the dog park would help reduce crime and bring a better name to High Dive Park.

There are questions and concerns with location and liability, but Faigh is confident this is the right time and place for one of these parks in Elkhart.

“Centrally located and less cost. There are already public utilities that we can access. There is path and there’s lighting and restrooms. The amenities are already in place,” said Faigh.