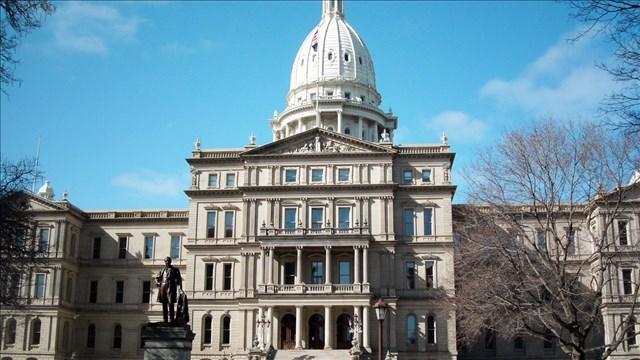 Michigan House Bill 5802, or the Death with Dignity Act, was introduced by Representative Sam Singh and Tom Cochran.

The bill would create a controlled method by which terminally ill patients can receive a prescription drug allowing them to die when they choose.

"The Michigan Death with Dignity Act represents a major advance in the rights of terminally ill patients," said Andrew Franks, Co-Chair of the Secular Coalition for Michigan (SCMI). "No one suffering from a terminal illness should be forced to suffer unwillingly, and it is wrong to deny a dying person the opportunity to exercise personal autonomy in their end of life choices. We at the Secular Coalition for Michigan urge our lawmakers to join with Representatives Singh and Cochran to support the Death with Dignity Act in Michigan."

Similar to the death with dignity laws passed in California, Oregon, Vermont, and Washington, the Michigan bill would have crucial safeguards.

Under the law, doctors would be required to evaluate a patient's mental health. Two witnesses would validate the patient's decision to end their life and the patient would have to self-administer the medication.

"It is no coincidence that every effort to block death with dignity legislation is led by churches and religious organizations, who want to see their specific beliefs imposed on others as law," said Larry T. Decker, Executive Director of the Secular Coalition for America. "No one should be forced to live or die according to someone else's beliefs. We're not asking lawmakers to grant a personal stamp of approval on the decision to end one's life. We're simply asking them to respect a terminally ill individual's right to make the choice that's best for them."

A 2015 Gallup poll found that support for death with dignity laws has reached a historic peak with 68 percent of all Americans supporting the right for terminally ill patients to end their lives.

In July, a 41-year-old San Diego woman with ALS, our Lou Gehrig's disease, ended her life a little over a month after the California law went into effect.

Betsy Davis held a two-day party for her family and friends before she said her goodbyes, gathered for a photo and then was wheeled out to a canopy bed on a hillside, where she took a combination of morphine, pentobarbital and chloral hydrate prescribed by her doctor.

Four other states allow doctor-assisted suicide, with Oregon the first in 1997.

Opponents of the law argue that hastening death was morally wrong, that it puts terminally ill patients at risk for coerced death by loved ones and could become a way out for people who are uninsured or fearful of high medical bills.