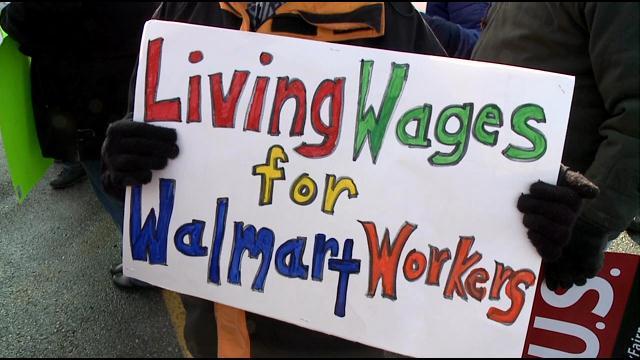 At 10:30 Friday morning, several dozen people are expected to gather at the Indian Ridge Plaza Walmart to demand Walmart raise its minimum wage for employees.

They want Walmart to raise its minimum wage to $15 an hour, to help give its employees more financial security.

Leaders said right now the minimum wage at Walmart falls below $9 per hour.

“The median dollar wage is $8.80 cents an hour. Nobody can live on that. That's a million and a half workers at poverty wages,” said AFL-CIO President Tony Flora.

Leaders hope to give a voice to the voiceless and over the years these protests have brought about change.

Walmart no longer hires at the minimum wage of $7.25 an hour.

“When you raise your voice things can happen. And if Walmart employees make more money, our whole community does better. Because it is ordinary working people that drive communities,” Flora said.

Leaders said Walmart's annual revenue is approximately $16 billion and they want that wealth shared with all of its employees.
Share this article: