Protesters rally in Elkhart over a number of issues 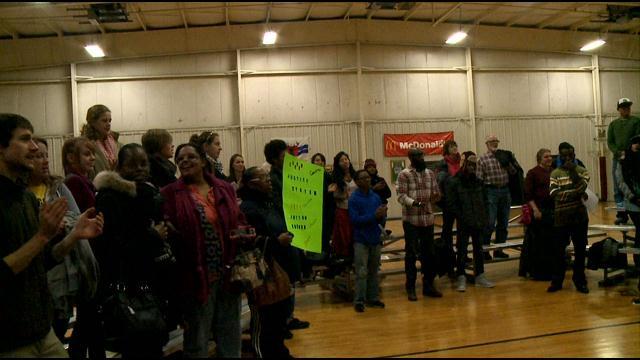 Protesters in Elkhart rallied on Saturday to discuss many items, including the recent killings of unarmed black men by police officers.

Some of the other topics of discussion were immigration reform, the importance of voting, and helping people with felony records obtain information on how to gain employment.

Before the rally at the Tolson Center, the protesters marched throughout downtown Elkhart, attempting to spread their message. Leaders of the rally said they were met on the streets with shouts of encouragement from surrounding neighbors.

The rally made it to the Elkhart Police station at one point, where participants chanted "We want justice".

We spoke with some of the people that helped put this rally together and some prominent members of the community, and they all agreed that it was a good turnout and a positive experience.

"It was remarkable. I can't ask for anything else. The vision that God has given me, the people that showed up were part of that vision, and the people that were not able to come, in spirit they were here. And those that weren't able to march back in the 30's, 40's, 50's or even the 70's, we marched for them," said Donald Brown, the man responsible for organizing the rally.

This is just one example of many protests that have taken place in the past weeks in Michiana.