Protests and unrest in Chicago 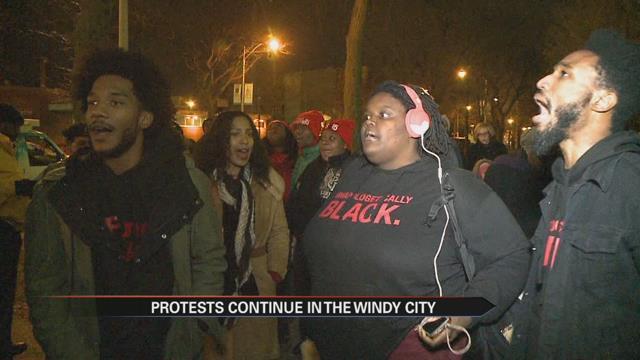 They are protesting in an effort for their voices to be heard. Supporters of the McDonald family want to see justice served for the officer who pulled the trigger.

McDonald was shot 16 times by Chicago Police Officer Jason Van Dyke more than a year ago. At the time of the shooting, McDonald only had a three inch knife on him.

Pastor Marvin Hunter who is Laquan McDonald's great uncle spoke out about the protests.

Protesters marched through the streets of Chicago on Friday. Civil Rights Activists Reverend Jesse Jackson was there along with other leaders. They marched around City Hall seven times.