Protests in the works for Trump South Bend rally 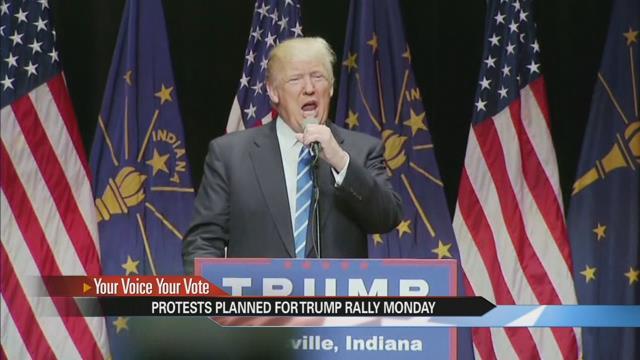 Some in South Bend are planning to protest Donald Trump’s Monday rally.

“I feel that he’s disrespectful towards women,” Nick Robertson said.

Robertson joined a Facebook event group with more than 500 others planning to protest.

“I plan on making t-shirts and signs, and going out there and supporting everybody who is out to protest,” Robertson said.

When it comes to Trump, Robertson says he doesn’t want him in his hometown because of statements the candidate’s made in the past.

“I have a lot of minorities in my family, and the way he treats people just isn’t right,” Robertson said.

“I don’t like the way that he objectifies people and is misogynistic,” O’Leary said.

Instead of a sign, she’ll be holding a rosary.

“For me and for some of my friends we didn’t feel comfortable going into the rally or yelling,” O’Leary said.

That’s why she is holding a prayer group outside the rally instead.

“I just want to pray for, first of all, conversion of heart for Donald Trump to realize that the Christian values he professes are not being echoed in his actions,” O’Leary said.

While their methods of protest may be different, both O’Leary and Robertson want to keep it safe for themselves, Trump supporters and even the candidate they disagree with.

“I hope everything goes smoothly and we can have a peaceful counter protest to the rally,” Robertson said.