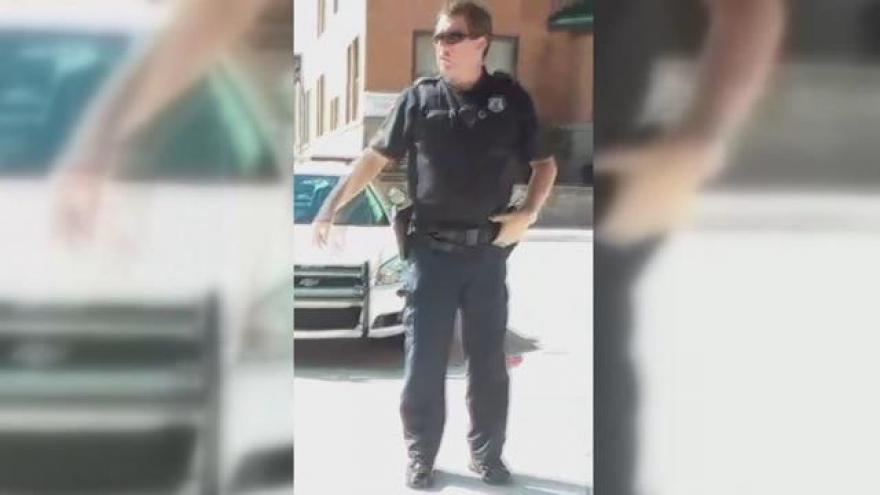 Videos of a South Bend Police Officer interacting with a man helping the homeless are causing local people to call for an investigation into the officer’s conduct.

The videos were posted to social media by a local group who helps the homeless downtown every Sunday and have now been viewed over ten thousand times.

The officer can be seen stopping in his vehicle to take some photos of the homeless underneath the Main Street bridge.

Raymond Barbour, who was there to feed the homeless, says he shouted to the officer “instead of taking pictures, why don’t you come down and help us?”

Barbour says he wasn’t trying to be confrontational but was expressing his frustration at the lack of resources provided for the homeless.

“I have a freedom of speech and I feel like I expressed that for these people. All I did was ask you to come down and help us out because I think it would mean the world to these people,” said Barbour.

In the video, the officer and Barbour argue and the officer can be heard telling Barbour to shut up.

Barbour says the officer thought he was homeless, and told him to get a job.

John Winston Jr. organizes the lunch for the homeless and shared the videos on social media.

“What does he do when we are not there? When the camera is not on him?” said Winston.

Winston says he has been contacted by the Police Department's Internal Affairs about the incident.

“If we don’t hold these officers accountable for the way they’re acting, it’s only going to get worse for all of us and that’s a given,” said Barbour.