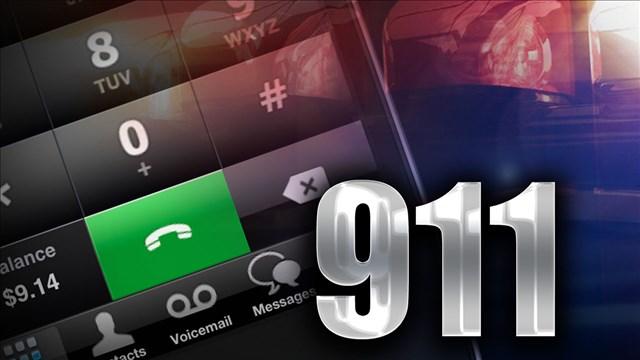 (CNN) -- The panicked caller says he has been shot three times. He's hit in the chest, stomach and leg.

"We've been shot with a bunch of people down at the (inaudible). We need you quickly," the caller says just after a gunman has opened fire in the crowded Pulse nightclub in Orlando.

The 911 calls are flooding in, telling similar stories from the scene of the worst mass shooting in US history. In the background the gunfire continues, according to transcripts of more than 30 calls released by police Friday.

There is confusion during these first few minutes after the June 12 massacre by Omar Mateen began. Another caller says he didn't see the gunman; he heard shots and started running.

The man who has been shot three times tells the Orlando Fire Department that he is literally covered by other people who are hiding in a bathroom.

"There's a bunch of bodies on top of me," he says, referring to the people who have climbed into a handicap stall to escape the slaughter.

"Please hurry up," he says.

The 911 operator asks the man his name, and says it's hard to hear.

"No. No. No. Don't say that, OK? The paramedics are coming," the operator says.

The caller is one of about 20 people who have piled into one of the nightclub's bathrooms. Several of the 911 calls revealed in the 107 pages of transcripts are from a bathroom.

People cry. They plead for help.

Several callers say they are with people who have been hit or they have been shot. One has take sanctuary in an upstairs office with six other people. He is shot in the stomach.

The operator tells him to put a shirt on the wound and hold it there. And he shouldn't move until police come get him.

The names of the callers were redacted, so it is unknown whether they survived the massacre that took 49 lives.

Two of the calls were entirely redacted or mostly blacked out.

Florida Judge Margaret Schreiber recently ordered more calls to police made that night, including ones from the killer, be released to the public.

Mateen killed 49 people and wounded more than 50 at Pulse, a gay nightclub in Orlando. It was the deadliest modern mass shooting in American history. After a standoff of about three hours between police and Mateen, and while people trapped inside the club desperately called and messaged friends and relatives, police crashed into the building with an armored vehicle and stun grenades and killed Mateen.

The city of Orlando had argued all the 911 calls should be exempt from public open records law.

Real-time sounds of a hostage crisis, plus a chilling record of the killer's voice, were captured in the initial 911 calls made public in October.

In nearly 30 minutes of phone conversations with an Orlando police negotiator, the gunman sounded alternately angry, frazzled, evasive and condescending.

Over time, more calls from the nightclub shooting have been released, with those released Friday among the final ones that will be disclosed publicly.