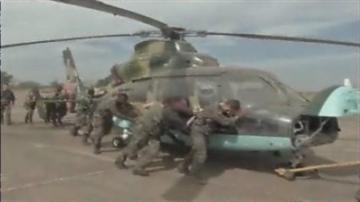 EASTERN ALGERIA — The hostage crisis in Eastern Algeria is over but there are still a lot of questions yet to be answered.

The White House said it is in close contact with the Algerian government to gain a fuller understanding of what took place.

A White House senior advisor said that the inquiry needs to focus on the terrorists' networks.

"All of the blame here needs to be on the terrorists, obviously, who committed this act, to use innocent civilians in their twisted aim, obviously is a terrible thing," said David Plouffe. "We're obviously going to be working closely with the Algerian government in the days ahead to have a full understanding of what happened."

At least 23 hostages and dozens of Islamist militants died after an attack on a remote natural gas facility in Algeria last week.

It is unclear how many people are unaccounted for.