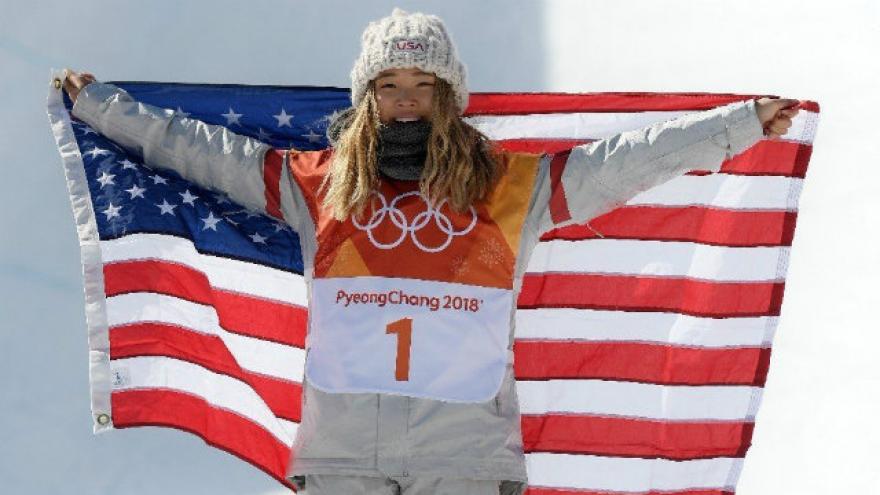 (CNN Money) -- A radio host has been fired for sexually inappropriate comments he made about Olympic gold medalist Chloe Kim.

The 17-year-old snowboarder made headlines for winning gold in the women's snowboard half-pipe competition Monday night.

On Tuesday, radio co-host Patrick Connor made comments during a discussion about the Games on Barstool Sports', "Dialed-In with Dallas Braden."

"Her 18th birthday is April 23, and the countdown is on, baby," Connor said on the Sirius XM show. "That's what I like about them high school girls."

He then added: "She's fine as hell! If she was 18, you wouldn't be ashamed to say that she's a little hot piece of ass. And she is. She is adorable. I'm a huge Chloe Kim fan."

While Connor made the comments on a Barstool Sports show, he was fired on Wednesday by KNBR, a radio station in San Francisco where he also worked as a radio host.

KNBR confirmed the firing but did not provide further comment. Neither Barstool sports nor Connor responded to requests for comment from CNNMoney.

The sexualized comments came during the second episode of the "Dialed-In with Dallas Braden" show. The other hosts could be heard laughing in response to Connor's remarks.

People on social media quickly took issue with the nature of his comments, and the next day the show's host, Braden, addressed the incident and gave Connor a stern warning while they were on-air together.

"We've all talked," Braden said. "This is not me asking. This is not a suggestion-based forum. This is a one-way conversation. You will clean it the f*ck up or day three will be the last day here. This is not how we do sh*t."

He said that for the hosts "to lose sight" of the professional responsibility they have, was "an egregious professional error."

"It is nothing to make light of," he said. "We understand the severity of it."

Connor then addressed the comments and apologized to Kim, Kim's father, his own "lady," Barstool management, his male co-hosts and the show's female intern and the Bay Area.

"I just want to quickly address my behavior yesterday," he said. "I'm super embarrassed. If I were to just slice up the pie chart of my comments they were, one slice was dumb, another slice was super insensitive and disrespectful. Kinda needy. It was pretty needy, and that's not a good look. And I've taken a pretty good beating and I effin deserve it. Don't feel sorry for me."