Rain event could be wettest on record for January

SOUTH BEND, IND – With more than three inches of rain forecast through Saturday, the next three days (9th – 11th) could be the wettest on record for the month of January in South Bend. 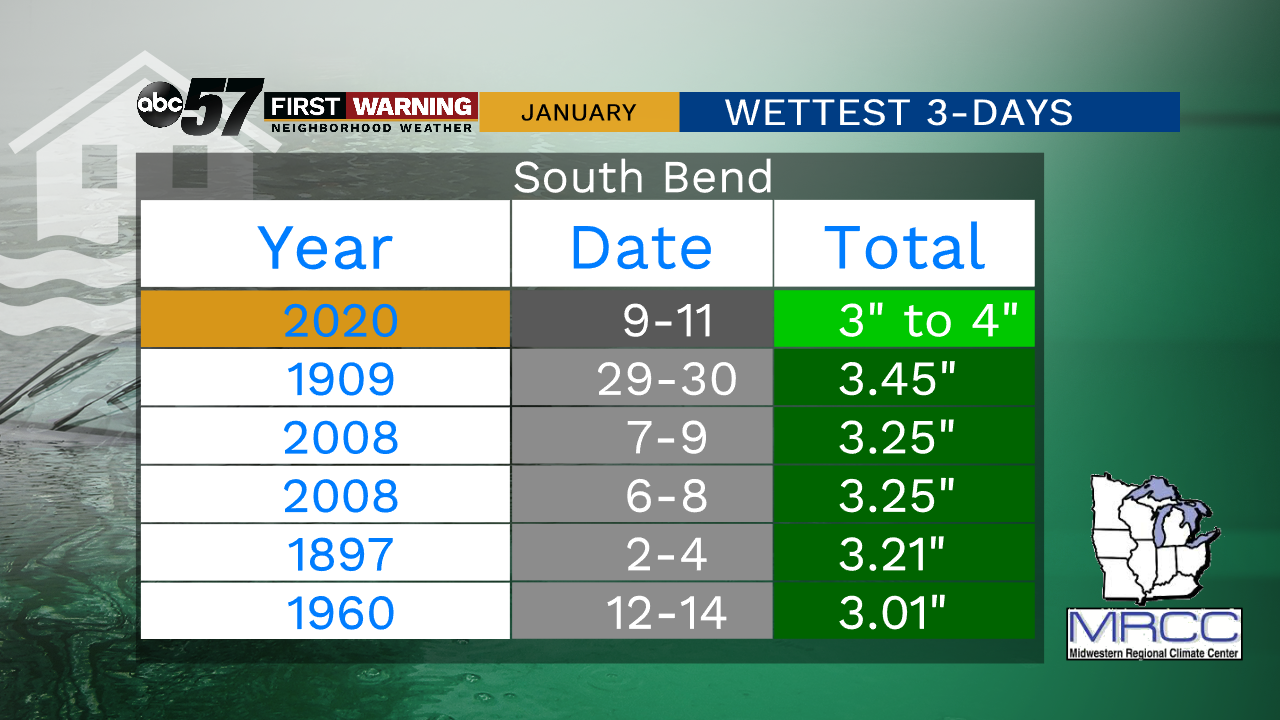 The 2008 data was really one event, but due to how calendar days [ midnight to midnight ] are recorded it technically goes down as two.

Another record to watch is the highest rainfall for a calendar day in the month of January. Two inches of rain is a lot any time of year, but in January it’s nearly off the charts. 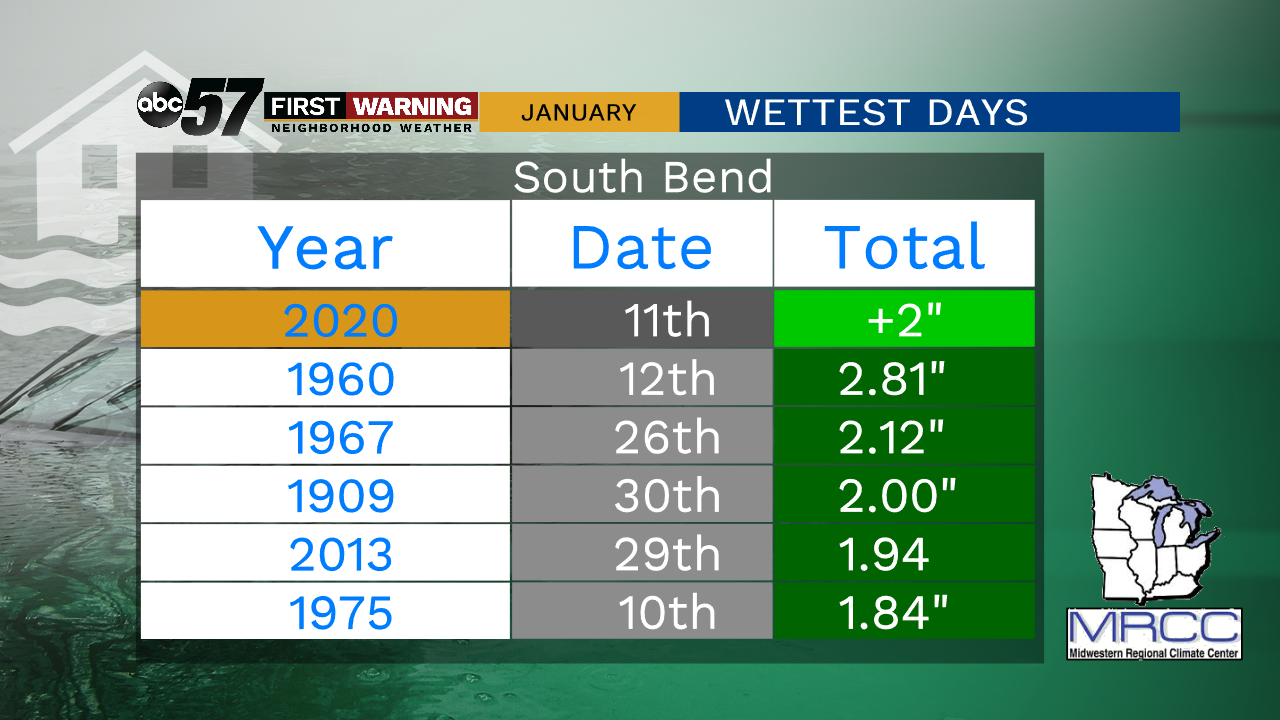 While it is very likely we will have more than two inches of rain, having it all fall in a single day (midnight to midnight) is the caveat. The heaviest rain is forecast Friday night into Saturday morning. 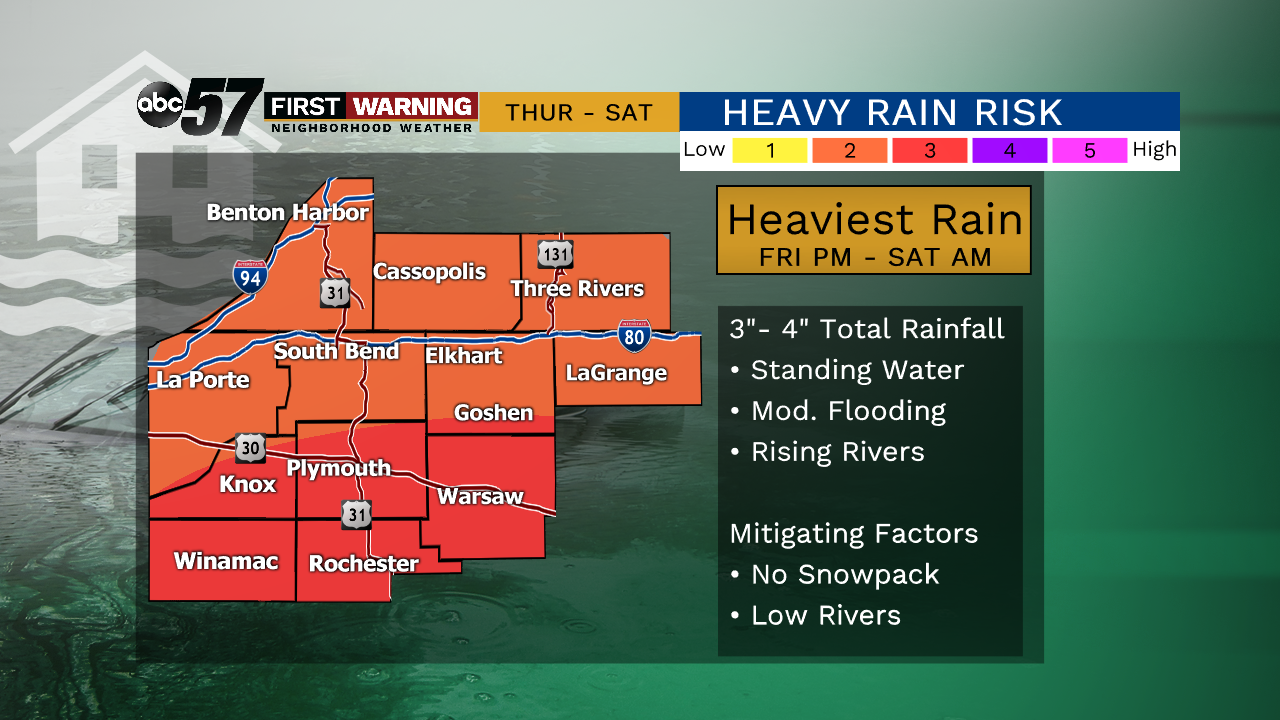 The record flood of February 2018 is still a fresh memory for many, along with a number of other recent heavy rain events. The mitigating factors this round are: no snowpack, low river levels, and the ground not being frozen.

The past two years were the wettest on record in the Midwest, and we begin this year with another possible record event.

More than the past couple of years, the entire decade has been wet. This is a trend predicted by scientists as a result of climate change.

The 2010-2019 decade was also the wettest on record for the Midwest. In fact, every 10-year period ending in the 2010's ranked among the 11 wettest 10-year periods on record. This includes the 2012 drought. pic.twitter.com/PvZGhMOqzT

The frequency and intensity of heavy rain events are increasing. It was a topic in our 2020 winter outlook and will likely continue to be a story-line through the spring and much of this year.