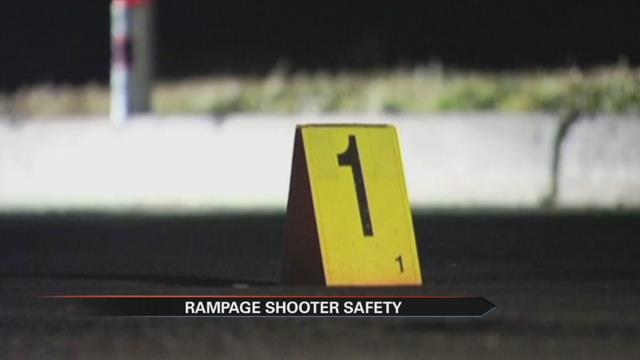 The random rampage sent shockwaves through Kalamazoo that were felt right here in Michiana, sending an unfortunate reminder of the importance of situational awareness in public.

Police say the number one thing you can do in a situation like the one in Kalamazoo is to not call 911 until it’s safe to do so.

According to Lieutenant Lancaster of the South Bend Police Department, only confront a shooter as a last resort, if you’re in a tight space with no escape route, for instance.

On Sunday, Jason Russell, a former secret service special agent---spoke with our sister station WZZM about this weekend’s horrifying rampage.

“It’s that whole idea of preparation versus paranoia. I think in this case she sensed something wrong but most of the time people don’t want to make that call because they don’t want to overreact. It’s really down to the person, it’s that feeling, and if you feel something’s not right you make the call,” said Russell.