Randy Travis wakes up after surgery 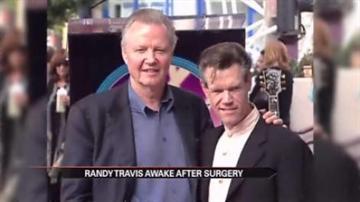 Last week, Travis had emergency surgery to relieve pressure on his brain following a stroke.

He was initially rushed to the hospital for a heart condition.

Doctors say that Travis is still on a ventilator but they hope to remove the device soon.