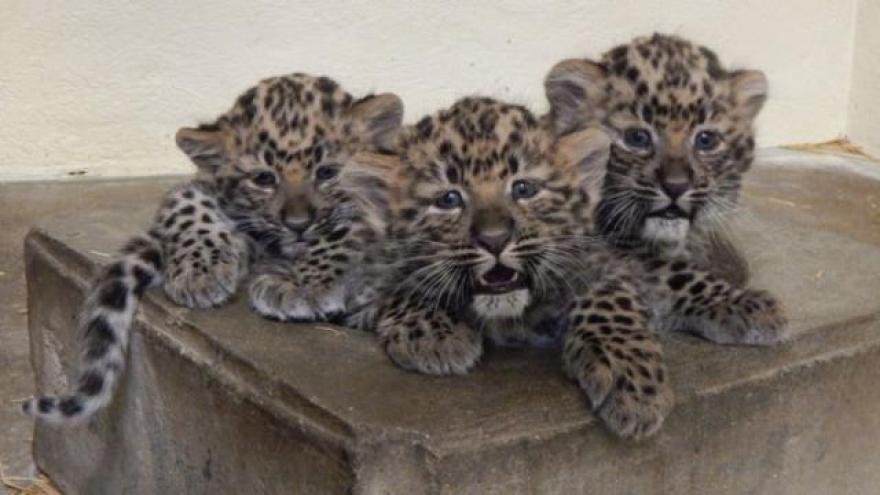 Amur Leopards Pearl and Sergei are parents of three cubs born at the Potawatomi Zoo on March 20.

Amur leopards are a critically endangered species, with only about 70 left in the wild and around 100 in zoos.

Efforts at breeding Amur leopards in captivity are rarely successful. There were none born last year.

The Potawatomi Zoo's cubs are the only surviving Amur leopard cubs born in North American zoos this year.

The cubs were given a clean bill of health on their first veterinary checkup on May 14th.

“Over the last few years there have been few to no Amur Leopard births in North American zoos. For Potawatomi Zoo to have three of these very rare cubs born right here in South Bend is a great achievement,” says General Curator Josh Sisk.

“The fact that we have the only three in the country is fantastic for both our Zoo and the population overall. This puts Potawatomi Zoo on the map both locally and globally. We are thrilled to contribute in such a meaningful way to the survival of this critically endangered species,” said Marcy Dean, Executive Director of the Potawatomi Zoo.

The Amur leopard cubs will not be available for public viewing for another month or two.