Reaction to legislative push to allow alcohol in nursing homes 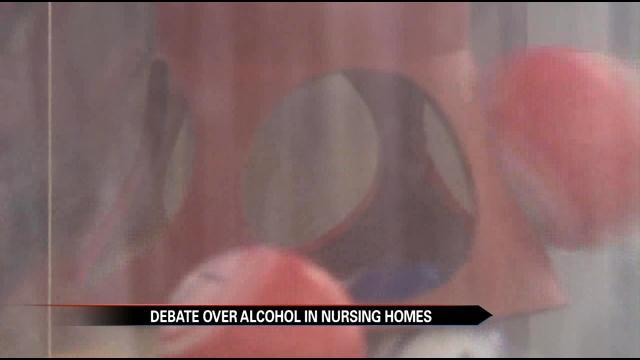 A new proposal in Indianapolis is pushing to allow alcohol in nursing homes, and it has many nursing home residents hopeful.

The buy-ins are paid, the numbers called, and the bingo goers at Morris Bingo Hall anticipate yelling out that winning word.

Some did not have much luck.

“Been playing here for about thirty something years,” said Peggy Burris, a regular at the Bingo Hall.

What they lack in luck, they make up for in wisdom.

“I don't think it would hurt for those elderly people to have a beer once in a while if they want it. Everything else will be taken away from them. Usually, ninety-percent of them no one comes to visit them,” said Burris.

“Well, it depends, definitely not in the dementia hall,” said Tina Sinkiewicz, another bingo player.

While some folks might be all in on the issue, others feel like it could create real problems.

“I don't think it would be a good idea to have it in nursing homes. Only because there are so many in nursing homes that can no longer use good judgment,” said Carolyn Rynearson, the Office Manager at Morris Bingo Hall.

Peggy Burris, the one who has been dotting her lines for decades here said she looks at it like someone banning her from playing bingo.

“I worked all my life, so I'm entitled to some enjoyment every once in a while,” said Burris.

She said she would not let that fly.

It is enjoyment that does not gamble with resident's safety.

“That's true; I just don't think it'll work. It'll cause so many issues for the facilities,” said Rynearson.