Recapping a messy winter and trying to find spring

Meteorological winter has drawn to a close, and it has left us with a lot of emotions. Some of us are thinking, "was that even a winter"? Others thinking, "that was horribly cold, bring on spring". Overall, winter was pretty average this year, except for the below normal amount of snowfall. 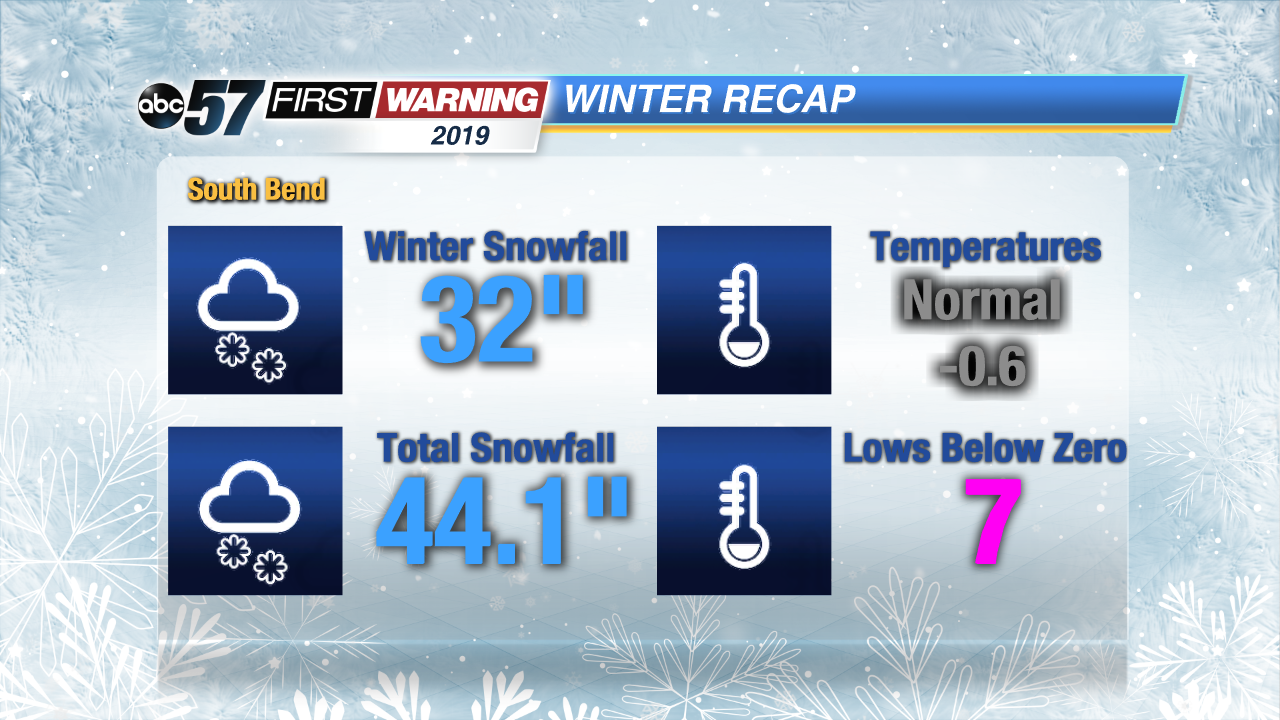 Temperatures from December through February were near average, despite the "Deep Freeze" in late January, when temperatures dropped below zero, seven times. The only big outlier this past winter, was the amount of snow. 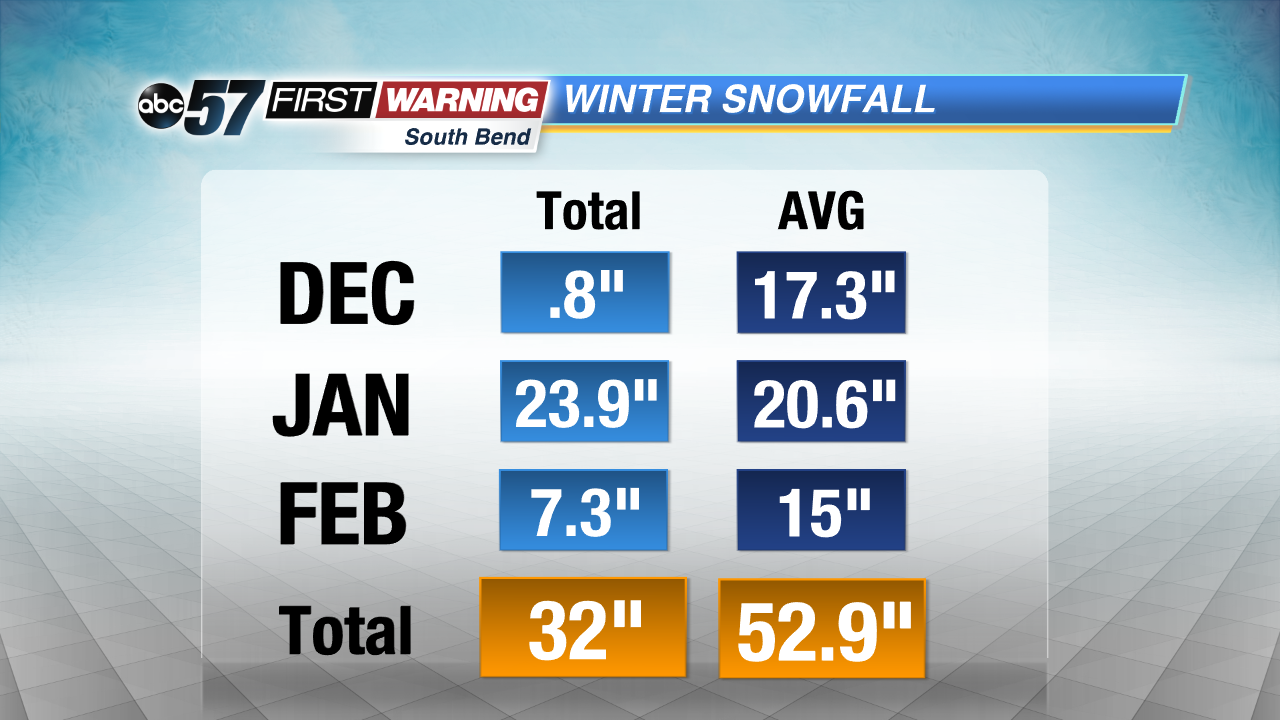 December was a pretty dry month, with limited lake effect snow opportunities. The snowfall deficit was more than sixteen inches below normal, making for a boring start to winter. January delivered with average snowfall, and in February, we had half of the normal amount of snowfall, because we had so much wintry mix and freezing rain instead. In fact, after counting up the number of days per month that South Bend received rain, freezing rain or wintry mix each month, we found that there were more messy weather days than normal in December, January and February. 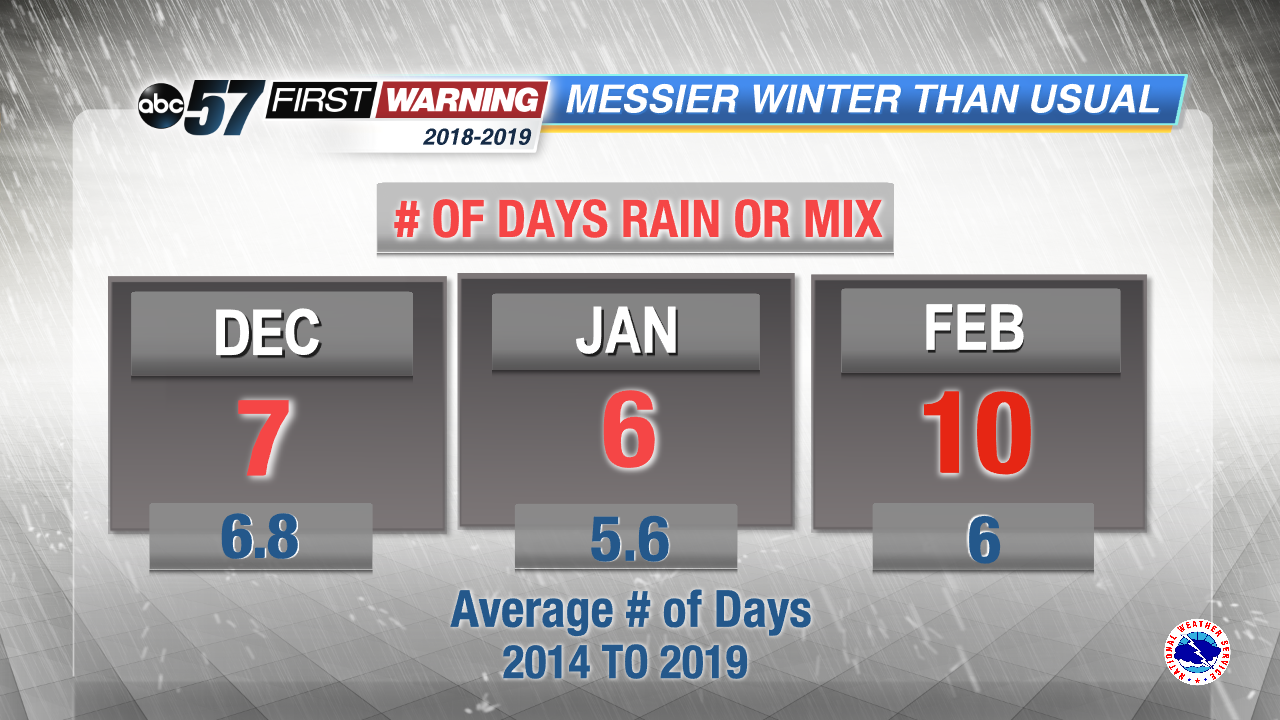 February was the messiest month, because of the frequent position of the jet stream being right over the Great Lakes region.

Looking forward into March and the Spring season, our future isn't looking too bright just yet. March is likely going to be colder than normal. 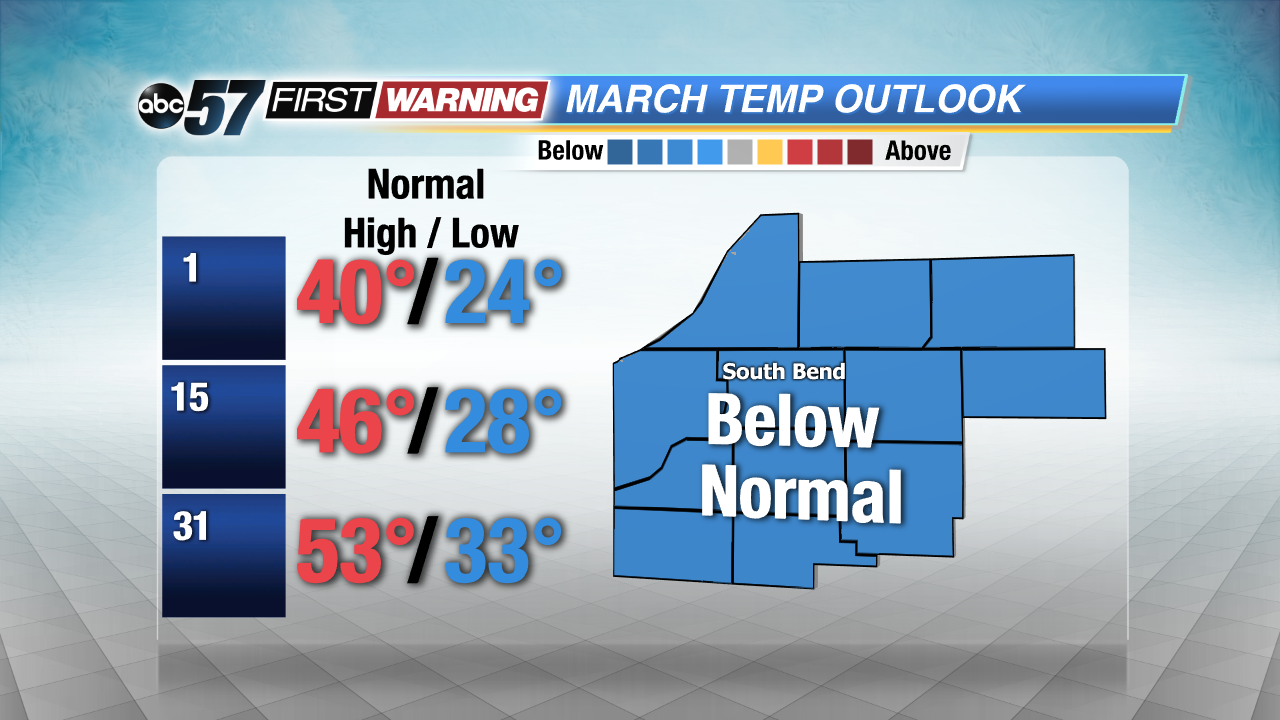 This means more chances for snow and wintry mix. 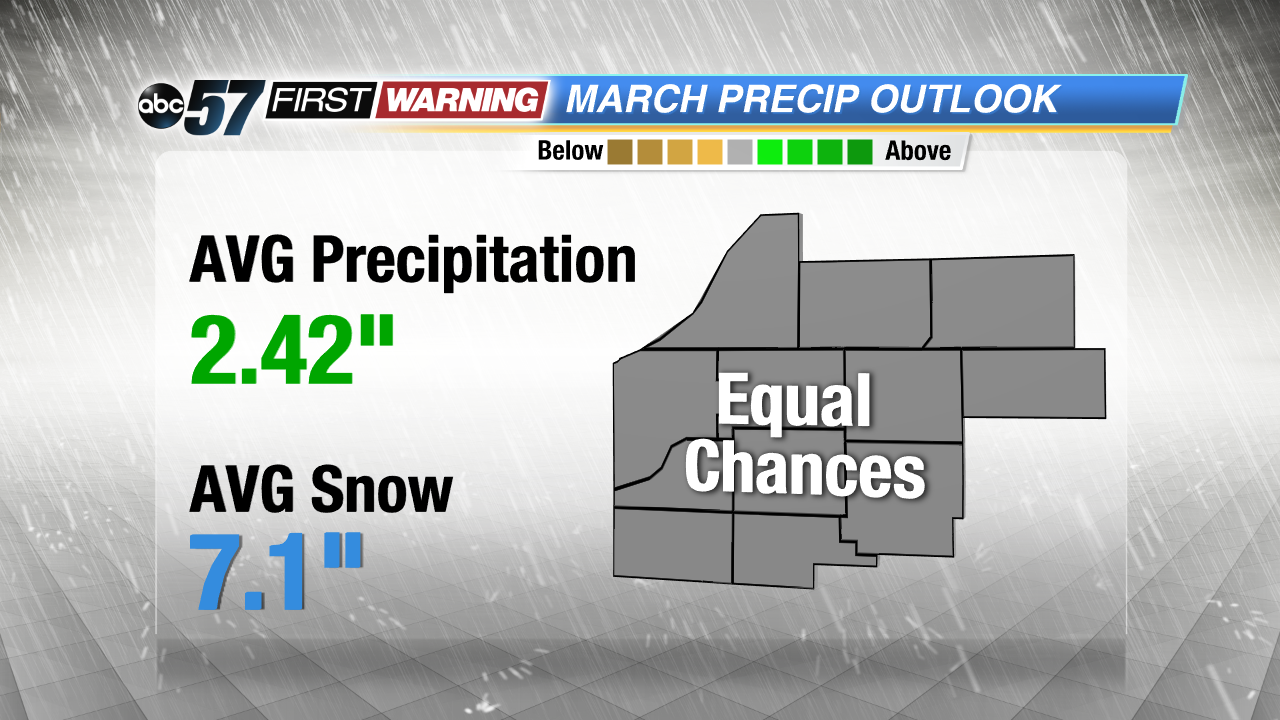 For the spring season, it is hard to draw any specific conclusions. A weak El Nino is in effect, and the El Nino pattern doesn't bring any definitive weather patterns to the Midwest during Spring. We have the chance for above or below normal temperatures and precipitation March through May. 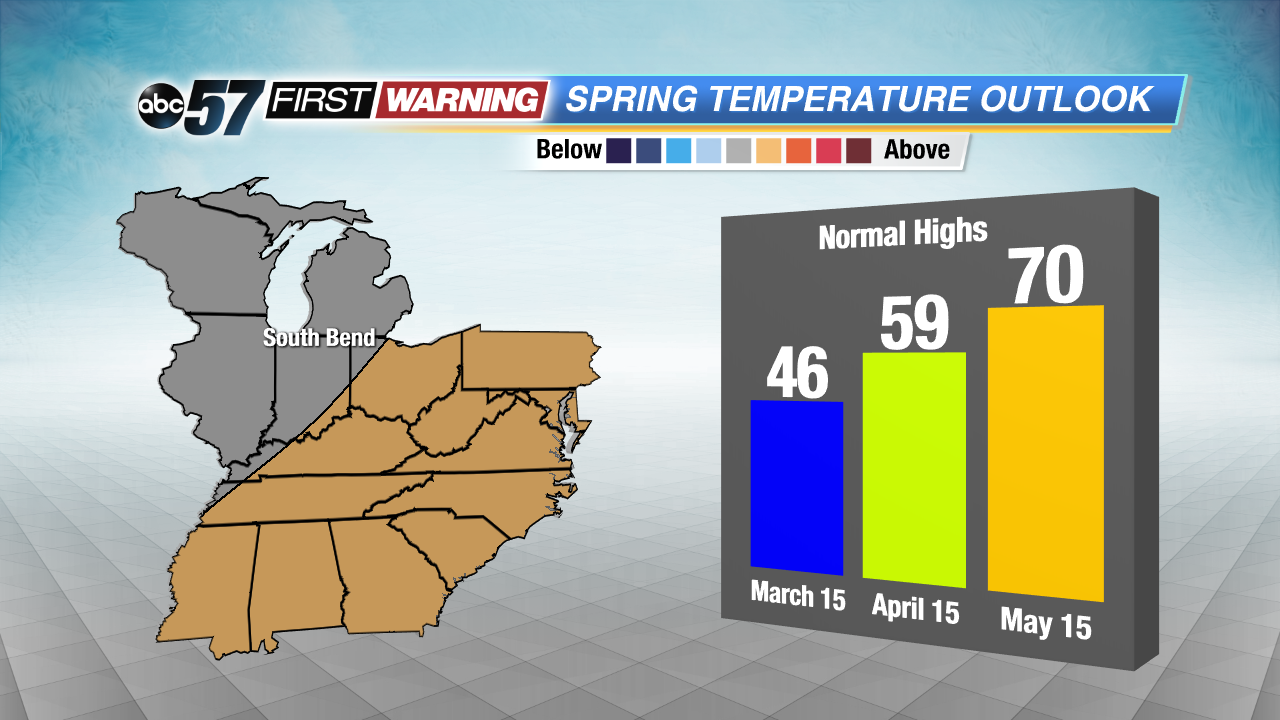 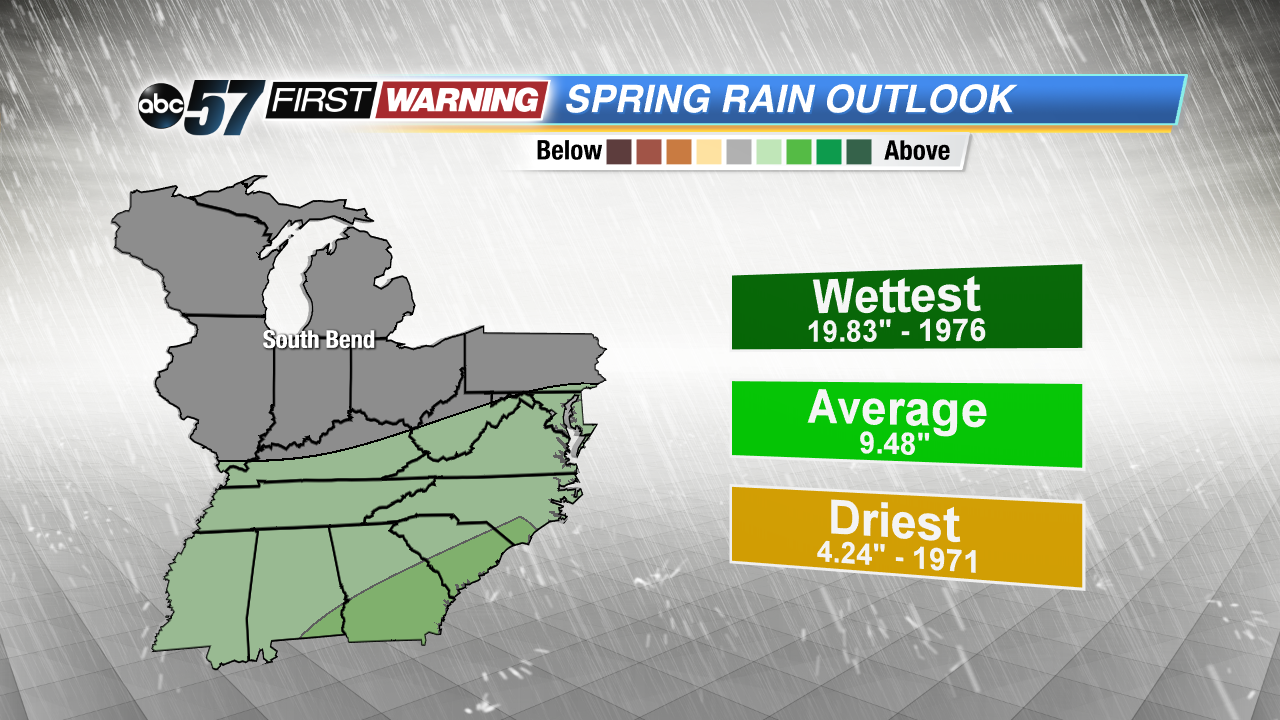