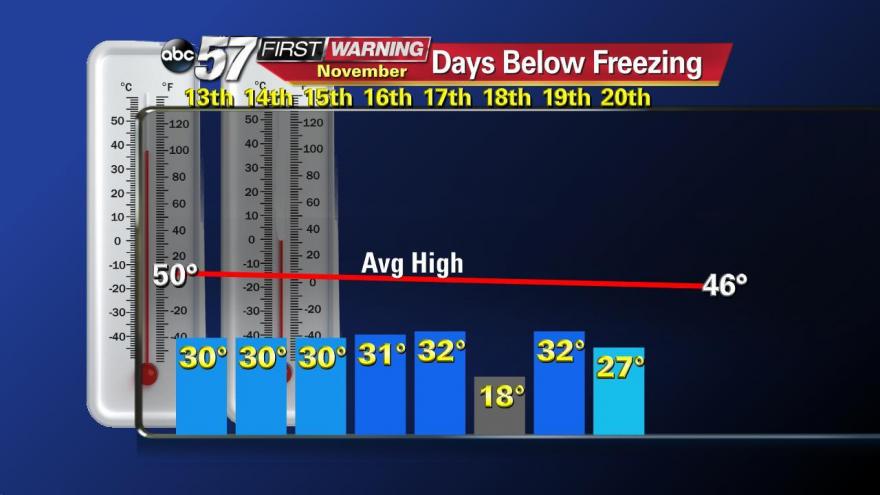 Update: The high for Friday only reached 31° in South Bend, adding another day to the sub-freezing record.  We are now at a record setting nine day stretch of sub-freezing temperatures.  However, we are tracking a slightly warmer, but rainy weekend in the ABC57 First Warning Neighborhood forecast.

The past week has been snowy, cold and record breaking. Setting a daily snowfall record (12.3") on the 12th  to a record cold high ( 18°) on the 18th. Now we've set a monthly record for the most consecutive days below freezing for the month of November.

Temperatures have stayed below freezing since the early morning hours of November 13th through Thursday the 20th, for a record setting eight day stretch of temperatures. The previous record being five days, set in 1898 and 1996 according to the National Weather Service of Northern Indiana.

Sheriff to give statement regarding the death of a suspect