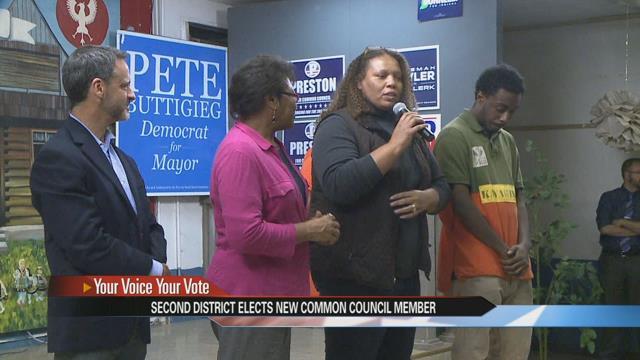 Davis was running as an independent.

Williams-Preston secured 62% of the votes in the hotly contested race Tuesday night.

Both candidates are longtime community activists who fought hard for that seat, but in the end – the newcomer took home the victory.

The headline-making campaign included accusations that Williams-Preston owed the city thousands in debt, and that Davis committed campaign fraud.

But Williams-Preston says she wants to put that all behind her.

“Things kind of got really contentious and there was just a lot of things pulling away from the issues,” Williams-Preston said.

Williams-Preston says now that she’s elected, it’s time to focus on district two, and the issues that matter to her constituents.

“I think the fact that I just really stayed the course and just focused on what the needs of the people were, really made the difference in this race,” Williams-Preston said.

In a statement following the results, Henry Davis Jr. said in part, “It has been an honor to serve the residents of the 2nd District for the last 10 years as precinct committeeman and councilman.”

“Tonight’s results do not alter the challenges that we continue to face in the 2nd District.  I wish Ms. Preston-Williams the best in her leadership of 2nd District,” the statement said.