Reporting suspected child abuse could save a life 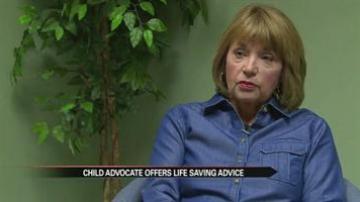 SOUTH BEND, Ind. -- A four month old child died and her father has been charged with neglect of a dependent causing a death. Child advocates say there are red flags you can look for to help identify children who may need help.

"In the case of a baby, the baby can't say what it is that's happened to them. In the case of an older child, the child may be too terrified to tell mom what's going on," said Linda Baechle, the CEO of the YWCA of North Central Indiana.

Baechle has dedicated her life to protecting abused women and children.

"If we are suspecting that there is a child abuse going on, it's our responsibility to make sure that that's reported," said Baechle.

Baechle says most of the time, children are abused by someone close to them.

"Most frequently the person who is abusing the child is a family member. Two thirds to three quarters of the cases the perpetrator is a male, typically the father or perhaps the mother's boyfriend," said Baechle.

She says not all injuries are external and it can be hard to tell if a child is being abused, especially when it comes to babies.

"This child cannot speak for themselves," said Baechle.

But there are signs to look for-

"Changes in the child's behavior, unexplained bruises or injuries, loss of appetite, sometimes things like vomiting can be a sign of injuries," said Baechle.

Baechle says if you see something, say something.

"Don't be on the fence about whether or not you should be in someone's business when we are talking about protecting a child. It's your responsibility to do everything you can to make sure you report it," said Baechle.

She says reporting suspected abuse could save a child's life.

It could take more than one visit from social workers to identify an abusive living situation, so don't hesitate to call more than once, said Baechle.