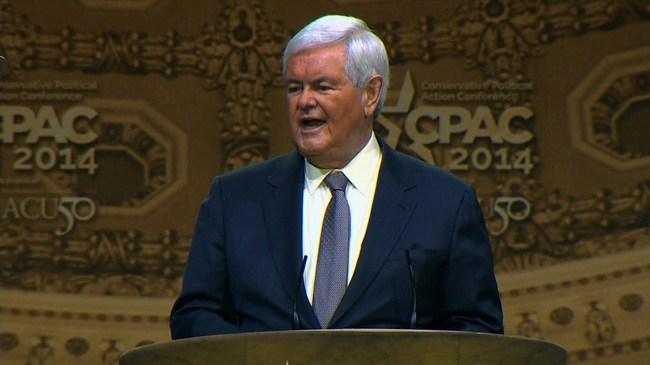 (CNN) -- The planned speakers at the Republican National Convention include Sens. Tom Cotton of Arkansas and Marco Rubio of Florida, along with Peter Thiel, the billionaire Silicon Valley entrepreneur, according to a program released by convention officials early Sunday evening.

One name conspicuously missing from the list -- Heisman-winning quarterback Tim Tebow. The convention released an official program "partial list" Thursday that included Tebow. A Trump adviser told CNN Tebow would be speaking, but the former Denver Bronco later posted a Facebook video saying it was only a "rumor."

"I wake up this morning to find out that I'm speaking at the Republican National Convention," Tebow said. "It's amazing how fast rumors fly and that's exactly what it is -- a rumor."

Each night of the four-night gathering in Cleveland will center on a different theme, such as security, immigration and the economy.

The first night's focus will be on security and immigration, with discussions of the Benghazi attack and the U.S. border. Speakers include Jamiel Shaw, whose son was killed by an undocumented immigrant, and Cotton. Sen. Joni Ernst of Iowa -- the first female combat veteran elected to the Senate -- will also speak, as will Rep. Ryan Zinke, a former Navy Seal. Benghazi attack survivors Mark Geist and John Tiegen will also speak at the convention Monday night. A late Monday speaking addition is Pastor Mark Burns, a prominent African American evangelical leader, Bloomberg reported Sunday.

The third night will feature Indiana Gov. Pence, as he's officially nominated for vice president. Former House Speaker Newt Gingrich -- running mate finalist through the end of last week -- is also slated that evening. So is Wisconsin Gov. Scott Walker and Sen. Ted Cruz, the GOP primary runner-up to Trump, who has yet to endorse the nominee-to-be. Also speaking Wednesday night will be Eileen Collins, a pioneering woman astronaut, and Florida Attorney General Pam Bondi, who was thrust into the national spotlight following the Orlando terror attacks.

An additional prominent Floridian, Sen. Marco Rubio, will speak on Wednesday night. After a bruising primary fight against Trump, including a bevy of attacks questioning the front-runner's physical attributes, Rubio later decided to seek re-election to his Senate seat. It was unclear until late this weekend whether Rubio would be on the convention speaker's list.

Trump himself will speak on the fourth and final night. RNC Chair Reince Priebus will speak that night, as will business leaders such as Thiel, a co-founder of PayPal, who caused a stir in May when he revealed that he financed several lawsuits, including the one brought by Hulk Hogan, against Gawker. While much of the journalism community bemoaned the thought of a billionaire suing a news outlet into oblivion -- Gawker filed for Chapter 11 bankruptcy in June and will be sold in an auction next month -- others celebrated Thiel's secret legal battle, which he described as "specific deterrence."

It appears Trump may support Thiel's efforts. The GOP nominee said earlier this year that he intends to "open up" libel laws, making it easier to sue news organizations. But after a Florida jury awarded Hogan $140.1 million in his case against Gawker, Trump signaled that such reform might not be necessary.

"I might not have to, based on Gawker. Right?" he said.

A number of other Republican lawmakers, business leaders, and celebrities are also slated to appear. That includes actor and director Scott Baio, best known for his roles on "Happy Days" and "Charles in Charge"; Willie Robertson, star of "Duck Dynasty"; and former Attorney General Michael B. Mukasey, among others.

CNN's Tom Kludt and Jeremy Diamond contributed to this report.