Republicans applaude Governor Daniels' response to State of the Union 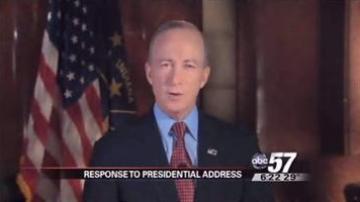 In his speech, Daniels took aim at President Obama.

He also blamed the president for the political divide facing the country.

"No feature of the Obama presidency has been sadder than its constant efforts to divide us, to curry favor with some Americans by castigating others. As in previous moments of national danger, we Americans are all in the same boat,” said Governor Daniels.

The governor will be in Winona Lake on Thursday and in Goshen on Friday.