Residents ask for more sidewalks after fatal hit and run 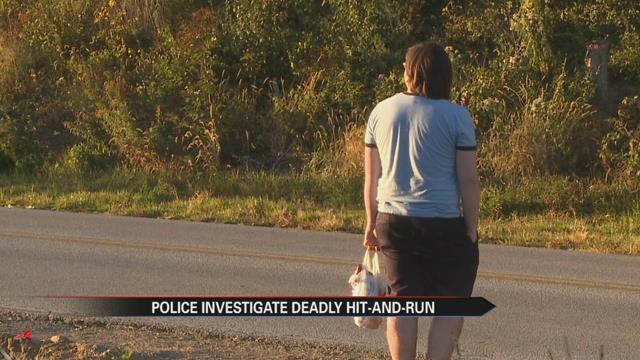 Police are investigating a fatal hit and run in St. Joseph County.

Just after 10 a.m. on Saturday police say 54-year-old John Tolley of South Bend was found in a ditch along the south side of Ireland Road east of Keria Trail.

Police believe Tolley was struck by a car Friday night.

Police say the vehicle involved left the scene after the collision.

The hit and run took place about a half a mile away from a high traffic area with many popular businesses.

Although many people walk to the stores and restaurants, the surrounding area on Ireland Road does not have sidewalks, including the area where Tolley was struck.

Residents who live on Ireland Road say this is a big concern for them.

“If I need to stop and pick something up because I forgot something for dinner for example it’s super convenient just to walk down there. I definitely won’t walk it at night because that would seem horrifying to me,” said Lexi Millard, a resident of Ireland Road.

Jamar Redmon, who lives at Irish Hills Apartments, says that although CVS is less than half a mile from home he takes the bus instead of walking.

“It’s extremely dangerous because you’ve got cars coming up and down there,” said Redmon.

The answer seems simple for residents. They want more sidewalks.

“It seems like it could have been preventable. It seems like with some level of infrastructure change, something as basic as a sidewalk and some sort of streetlights, that could have not happened,” said Millard.

“People would be able to walk you know feeling that they’re safe instead of looking of their shoulder thinking that you know this car that’s coming behind me is going to hit me or not,” said Redmon.