Residents concerned about drinking and driving 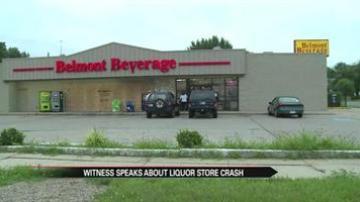 SOUTH BEND, Ind. -- Police suspect driver who crashed into Belmont Beverage Friday night was under the influence.  Now residents are speaking out about drinking and driving being a major issue.

"People who drink and drive scare me," said Robin Stewart.

Stewart says Friday night she saw firsthand just how dangerous drinking and driving can be.

"I was really concerned; I was hoping that no one got hurt," said Stewart.

Friday, around 11 p.m., a man crashed a brown Mustang into Belmont Beverage on East Ewing.

"All along that row is wine bottles and glass and everything," said Stewart. "They must have been scared to death when the car hit the building and those bottles just went flying."

Police say no one was injured, but they suspect the driver who caused the accident was under the influence.

Stewart says she is grateful no one had to be rushed away from the scene in an ambulance.

"It could have been much more serious people need to stop drinking and driving. They do not stop and think what can happen; someone can die in an instant," said Stewart.