Residents may have to fight to get more street lights 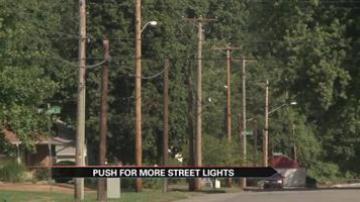 SOUTH BEND, Ind. -- Residents of Keller Park say they've had to deal with lots of break-ins over the years and they want more street lights in their neighborhood. We spoke with the city engineer about their request.

Police say this issue has been ongoing for years. They have officers patrol the area on a nightly basis.

If that's the case, why hasn't the city done more to help?

The city engineer said he didn't have time to talk on camera but says it is an issue of concern. But he added he couldn't recall a time when someone complained in the last 18 months.

"It's been very frustrating for the neighborhoods that feel like they've been getting short-changed," said Diana Hess of Neighborhood resources Corporation.

On the west side of the St Joseph River some street lights don't even work.

But cross that bridge and you'll find better lighting.

In fact, with the exception of the Diamond Avenue project, we learned from city leaders no street lights have been added in close to 5 years.

Which means if people really want change a more aggressive plan is needed.

"Speak up to the fact that you really would like some action in this area," said Hess.

The city currently has 13,000 street lights.