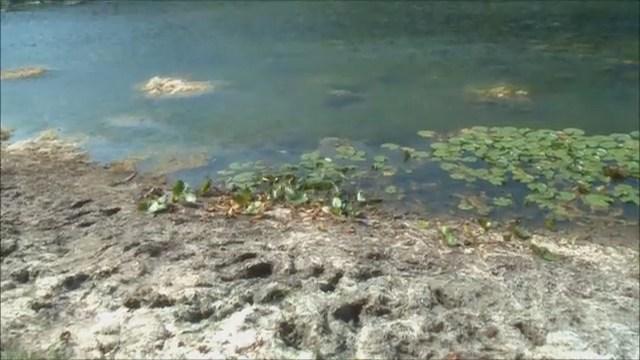 Some area residents have been voicing their concerns over the very low water levels in the Saint Joseph river and Pinhook Park recently.

Basly has noticed a drastic change in the St.  Joe River while taking pictures.

“It’s actually been about a week since I’ve been out here. And in that time it’s really gone down.”

He also notices wildlife slowly disappearing in the area after the water levels have been sinking.

“There’s a trail that actually goes down along the river and back in there is where I found a tree with like a Heron’s rook. There are like about three nests… I don’t know if its because the river is down or what but they’re gone, they’re all gone,” said Basly.

While Michiana is experiencing an abnormally dry summer, the City Utility Director for South Bend, Al Greek, says the low water levels at Pinhook are happening for two reasons.

First, the Pinhook well field is being used for its water at a water treatment facility nearby and second, they’re pumping more ground water to get structures in for a new project.

But either way, residents want to see something done about  that and the dead trees blocking the only water flow there.

“One though I had – its probably good for the DNR to get out here now and clean out the river, you know, all the tree trunks an everything are exposed,” said Basly.

I tried contacting someone from Parks and Recreation to talk about the river issue Thursday, but they weren’t available for comment at that time.