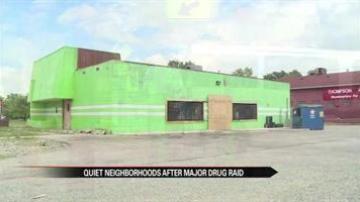 ELKHART, Ind. -- Residents who live near the convenience stores that were shut down after a raid Monday say it won't be enough to stop the spread of synthetic marijuana.

One resident says that even though six stores were shut down in Elkhart during the raid, it is still easy to get your hands on synthetic marijuana if you want it.

Two other residents said people are starting to sell the synthetic marijuana on the street - and those deals can sometimes turn violent.

They said there seems to be no way to truly get rid of this drug.

"They can move it to a different place. We still got one person on Marion who's selling like big time now," said Brandy Cooper.

The stores that were shut down will remain closed until the investigation is over.