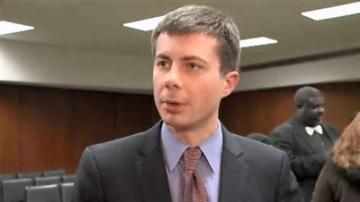 But the financial stability of the city was overshadowed by a group of residents who wanted answers from the mayor.

People who live in Rum Village are tackling serious flooding in their homes and begged the mayor for help.

It is the first time they have been able to talk to him face-to-face.

"I hope that nobody's promised them that I have a magic wand. And I have to be very honest with these families that if and when we have answer, then we'll be right there to tell them about it," the mayor said. "And in the meantime, we've got the best people working every angle that we can responsibly work on to try and improve the situation."

But Common Council member Oliver Davis said the mayor's comments don't have a lot of meaning behind them.

According to him, the city attorney recommended he not solve the problem because it would open the city up to liability issues.