Restaurant owner speaks out about alleged employee beat down 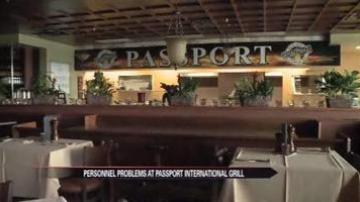 SOUTH BEND, Ind. -- The owner of a brand new Michiana restaurant is sounding off. One of his employees claims co-workers roughed him up in a knock down drag out fight. The owner says there is much more to the story.

Now an assault investigation is under way. The owner has not even had a chance for a grand opening, but the new Passport International Grill in South Bend is making news.

A cook told police that he was beat up by the bartender and even claims his boss the general manager jumped in too.

But now the owner is coming forward with new details.

The owner Christopher Kohut said he has opened up his own internal investigation and is helping police find out what exactly happened late Friday night.

“I am here to lend a helping hand and to get to the bottom of it whether it was a true incident or a false accusation," said Passport owner Christopher Kohut.

The owner said he is working hard to figure out what happened to his employee Armando Federico late Friday night.

According to Federico, he was beaten by the bartender and the general manager. Federico said he wanted to get out of there so he took off on his moped, but did not make it home.

He claims he passed out, because of his injuries, and then crashed his moped on Michigan Street where he was found by police. But Kohut thinks there is more to the story.

“People have told me that when he left here, he did not look like that," said Kohut.

But, apparently, there was some type of altercation that night. Kohut said he sat down with the general manager.

“He informed me that by all means, he did not touch him," said Kohut.

The G.M. said he actually tried to break it up.

“He said he did not see physical, you know, if you want to call it a beat down," said Kohut.

“He actually witnessed some scuffling, some wrestling," said Kohut.

As for the bartender, Kohut said he has been missing since the incident.

“I just sent two employees over to the address I have for him on file and it turns out it was his Grandma’s address and his phone is out of service," said Kohut.

Kohut said regardless of how Federico was hurt, he hopes he recovers.

“Nobody should be in that position, whether it was wrongdoing here or if somewhere on the street something happened," said Kohut.

Currently Federico, the general manager, and the bartender are on leave, pending the police investigation.

Kohut said he wants to assure the public he is making sure Passport is a safe and fun place for all of his employees and future customers.