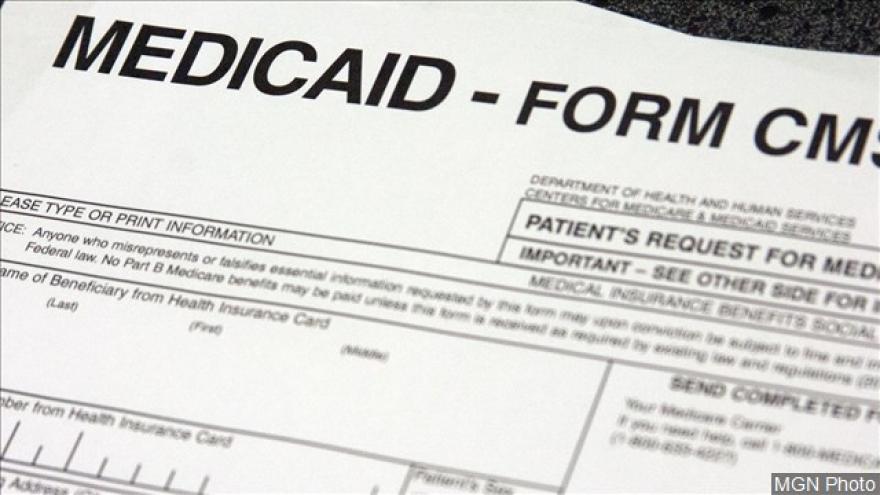 The Medicaid bill would require the state to seek a waiver from the U.S. Department of Health and Human Services to implement the work requirements. The nonpartisan House Fiscal Agency estimates 670,000 able-bodied adults are in the Medicaid expansion plan. Photo courtesy MGN Photo

LANSING, Mich. (AP) — More than 500,000 able-bodied, nonelderly adults in Michigan's Medicaid expansion program would have to work or meet related requirements to keep qualifying for government health insurance under a revised bill that cleared a major legislative hurdle on Wednesday and is expected to become law.

The Republican-controlled House voted 62-47, almost entirely along party lines, to advance the measure back to the GOP-led Senate, which could vote as soon as Thursday. If Gov. Rick Snyder signs it into law, as expected, then starting in 2020, adults age 18 to 62 would have to show workforce engagement averaging 80 hours a month — work, school, job or vocational training, an internship, substance abuse treatment or community service.

Changes made to the Senate-passed bill on Wednesday would allow for three months of noncompliance in a 12-month period, scale back the work requirement from 29 hours a week, exclude traditional Medicaid beneficiaries from having to comply and let community service count as a qualifying activity for no more than three months in a year. The measure also would tweak rules for Healthy Michigan enrollees once they have been in the expansion program for four years.

Snyder, a Republican, said last week that a deal was "basically there" after he pushed for some changes.

"The goal of this was not to reduce costs. It was to find more workers. Our employers across the state don't have enough workers," said the bill sponsor, Republican Sen. Mike Shirkey of Clarklake.

"Medicaid is not a jobs program. It is not a work program. It is a health care program," said Rep. Yousef Rabhi of Ann Arbor, who said the insurance helps people struggling to find work or caring for family members. "It is cruel and unusual in my opinion for an institution like this to be stripping health care from an estimated thousands of Michigan residents."

Before voting, the GOP majority took the rare step of ending the floor debate after two Democrats and one Republican gave statements despite six other Democrats wanting to speak — as tensions remained high following the chamber's contentious vote to repeal Michigan's prevailing wage law .

The Medicaid bill would require the state to seek a waiver from the U.S. Department of Health and Human Services to implement the work requirements. The nonpartisan House Fiscal Agency estimates 670,000 able-bodied adults are in the Medicaid expansion plan. About 130,000 would qualify for an exemption: pregnant women, people with disabilities or medical conditions, caretakers, those meeting a "good cause" temporary exemption and recipients of state unemployment benefits. Of the 540,000 who would be subject to the work requirements, 5 percent to 10 percent — or 27,000 to 54,000 — could lose coverage.

Anyone found to have misrepresented his or her compliance would be excluded from coverage for a year.

President Donald Trump's administration has approved 20-hour-a-week requirements in four states — Kentucky, Indiana, Arkansas and New Hampshire. They have not been implemented yet. A lawsuit was filed in January to challenge Kentucky's rules. The federal government is considering work requirements proposed by seven other states, according to the Kaiser Family Foundation.

Michigan's expansion program would end if the Trump administration does not approve the waiver within a year of it being submitted. The plan would save the state $7 million to $22 million annually, according to a legislative analysis.