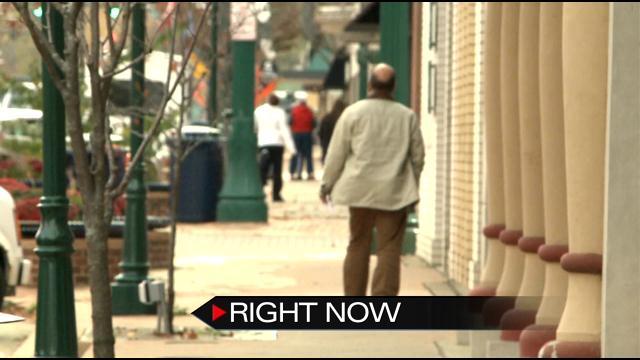 After the economy collapsed in 2008, Elkhart was one of the hardest hit cities in the nation. Now the "City With a Heart" is pumping new life into its downtown district.

With the construction of a new restaurant, Artisan, in downtown Elkhart and many store fronts being filled by a variety of businesses, residents are hoping this is the new normal.

“If I could think of one word to sum up what is going on in downtown Elkhart right now it would be momentum,” says Danny Reynolds.

Reynolds' family has owned Stephenson's women's clothing boutique for over 50 years and has seen a lot over the decades.

Reynolds says, “Well we've been through a lot of changes a lot of ups and downs with Elkhart and downtown specifically but I can't remember a time so exciting in downtown because we have things like merchant alliances we are forming now to really make it more user friendly.”

That was the goal of SOMA, Supporting Our Main Assets

The project was started 15 years ago by the Downtown Elkhart Inc. to create an area where people wanted to live, work, and play.

Dan Boecher, Executive Director of Downtown Elkhart Inc, is amazed by the energy sparked by people participating in the project and this was the type of energy that drew both the DEI and the private sector to fund a staff to manage the vibrant vision of a better downtown

Boecher said, “The implementation strategy did require bringing on additional staff and financial resources to support that and that was something that the city of Elkhart truly embraced because it's one thing just to have a vision but it's whole another thing not have any people that are there on a day to day basis to implement it.”

Both parties began funding SOMA at the end of 2013 and in less than a year they have witnessed a wide variety of businesses pop up on Main Street.

Kurt Janowsky owns the Crystal Ball Room in the Lerner Theater and says Elkhart has the demand for more fine dinning and plans to fill that void with his newest restaurant 'Artisan.'

Janowsky says, “When we built the Lerner and the Crystal Ballroom it was better than anything that had ever existed and became instantly busier than anything that had existed. So I respect the opinions of those that don't think Elkhart will support something this nice but I think that's unfortunate people think that. Elkhart will certainly support something this nice.”

Boecher adds that the the SOMA initiative has really seen an up tick in the last 10 months and that it is a team effort between the DEI, private businesses, and entrepreneurs who are seeing that there is a plan and funding to bring attention to Main Street. This means results are happening fairly quickly.